Justice League opened to mixed reviews when it released back in 2017. The film featured Superman (Henry Cavill), Batman (Ben Affleck), Wonder Woman (Gal Gadot),  Flash (Ezra Miller), Cyborg (Ray Fisher), and Aquaman (Jason Mamoa). While Zack did receive sole credit for the film, it was Joss Whedon who had the last say on a theatrical cut when he came on board and did extensive reshoots. After the film, #ReleaseTheSnyderCut began trending on social media as fans demanded Warner Bros to release Synder Cut. Now, it’s confirmed that Snyder’s cut will release on HBO Max in 2021 and the first footage is here already. 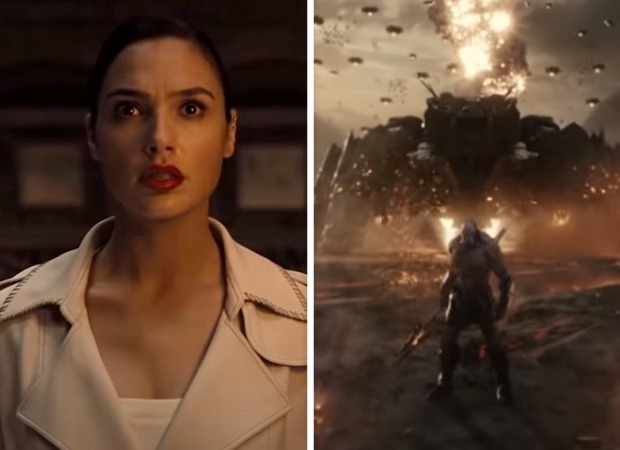 Ahead of the DC FanDome event, Zack Snyder unveiled the first clip which shows Diana Prince aka Wonder Woman (Gal Gadot) looking at an artifact by torchlight. One hears Lex Luthor (Jesse Eisenberg) narrating as the scene cuts to the supervillain Darkseid — played by Ray Porter (Argo). Ray’s part was cut from the theatrical release.

In Justice League, fueled by his restored faith in humanity and inspired by Superman’s selfless act, Bruce Wayne enlists the help of his newfound ally, Diana Prince, to face an even greater enemy. Together, Batman and Wonder Woman work quickly to find and recruit a team of metahumans to stand against this newly awakened threat. But despite the formation of this unprecedented league of heroes-Batman, Wonder Woman, Aquaman, Cyborg, and The Flash-it may already be too late to save the planet from an assault of catastrophic proportions.

ALSO READ: Zack Snyder’s Justice League to release on HBO Max in 2021 after fans demanded to #ReleaseTheSnyderCut for years