2 years ago, director Milap Zaveri unleashed his 2.0 avatar with the action thriller Satyameva Jayate, starring John Abraham and Manoj Bajpayee. The film might have been slammed by the high-nosed intellectuals but the masses went crazy over the film, making it one of the biggest hits of 2018. His next flick, Marjaavaan (2019), starring Sidharth Malhotra and Riteish Deshmukh, too was a decent success and it made it clear that Milap is a darling of the masses and here to stay. Hence, the expectations from Satyameva Jayate 2 have been tremendous. Today, the film’s new poster was unveiled showing John Abraham in what looks like a macho, farmer avatar with tricolour-coloured blood dripping from his body. It has already added excitement for the film by many notches. 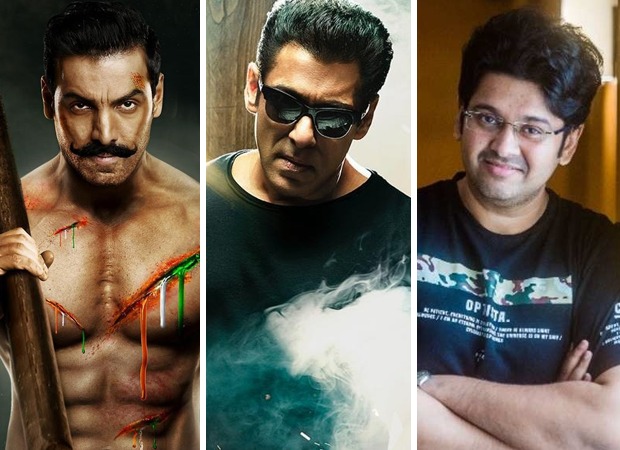 Interestingly, the poster also mentions that the film will be released on Eid, on May 12, 2021! Now we all know that since 2009, Eid has been reserved for Salman Khan biggies. This year, his much awaited flick Radhe – Your Most Wanted Bhai was to release on the festival. But due to the Coronavirus pandemic, it has got indefinitely delayed. There are speculations in the trade circles that Radhe – Your Most Wanted Bhai might now arrive directly on Eid 2021, although the makers haven’t made the official announcement.

When Bollywood Hungama asked Milap Zaveri, the writer-director seemed unfazed and made it clear that their Eid release plan is on. He says, “Satyameva Jayate 2 will 100% be released on Eid, irrespective of whichever other film releases on the same day. In the event of a clash happening on Eid, I hope the other film also does well and so does our film.”

He also assures that in the age of OTT releases, Satyameva Jayate 2 will make it to theatres, “By next Eid, I expect cinemas to be packed and fully operational. And our attempt is to release the film in cinemas. That’s why, we have specifically mentioned ‘in cinemas’ on our posters as well. And of course, as I said, we will not move for any other film.”

In the pre-lockdown era, clashes, though not recommended by trade experts, had become commonplace. Satyameva Jatate had released alongside Akshay Kumar’s sports flick Gold on Independence Day. A year later, on Independence Day 2019, John and Akshay had clashed again, with Batla House and Mission Mangal respectively. All these films managed to do well and didn’t eat into each other’s business. However, things have changed in the post-lockdown scenario. The number of films has reduced as many have gone straight to digital. Cinemas, especially single screens, often suffer due to clashes. Hence, the belief was that clashes would become passé from now on, at least for a few years.

When asked about this aspect, Milap Zaveri makes a valid point that the Eid spot was lying vacant and hence they grabbed it. He retorts, “We have announced first. No other film was scheduled for release on Eid next year.”

Besides John Abraham, Satyameva Jayate 2 also stars Divya Khosla Kumar. Earlier, it was scheduled to release on October 2, 2019 but the lockdown led to a change in plans. In the meanwhile, the script was also tweaked and it’s now set in Lucknow.