Irrfan Khan has impressed the audience with his work on screen, time and again not only in India, but has made a name for himself even in the west. But, did you know that The Avenger actor Mark Ruffalo aka The Hulk recognized Irrfan at a public place and even complimented him. Reportedly, this was one of the incidents that was revealed in a book based on Irrfan Khan’s life. The title of the book is ‘Irrfan Khan: The Man, The Dreamer, The Star’. 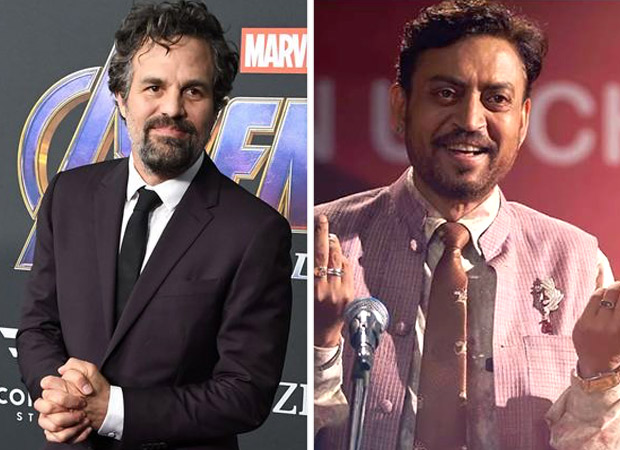 According to the book, right after the success of Slumdog Millionaire, Irrfan was having brunch with director-screenwriter Aditya Bhattacharya and producer Leslie Holleran in New York’s popular restaurant and he saw Mark over there. Irrfan poked Aditya with his elbow and showed that Mark was on the next table surrounded by people. The actor was hoping to meet the Hollywood star and talk to him but he was about to leave. However, Mark recognized Irrfan and came to compliment the actor for his work. According to the book, Mark said, ‘Hey man, I love your work’.

Meanwhile, on the work front, Irrfan Khan will next be seen in the film Angrezi Medium. The film directed by Homi Adajania also stars Radhika Madan and Kareena Kapoor Khan. The film is slated to release on March 13.

Also Read: Angrezi Medium director Homi Adajania says the team was aware of the odds Irrfan Khan had beaten to be on sets