Taking the desi ghostbuster story forward, Kartik Aaryan is stepping into the shoes of Akshay Kumar with Bhool Bhulaiyaa 2 schedule. The excitement levels were increased when the first posters and leaked photos had surfaced online. Now, the actor has kick-started the Jaipur schedule of the film. 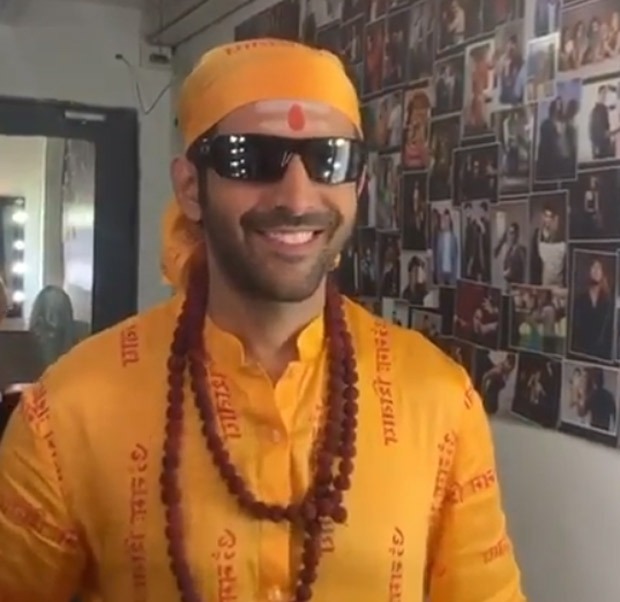 Kartik Aaryan took to his Instagram handle to share a video of himself crooning to the title track of the movie ‘Hare Ram’ that will be recreated from the original film. He is dressed as a godman as the desi ghostbuster is ready for another schedule. “Iss look mein Smile hi nahi rukti … Ting ding ting tiding ting ting ❤ #BhoolBhulaiyaa2 #Jaipur lets Roll ???????? Mango Season BeginS,” he wrote on Instagram alongside a video.

Anees Bazmee, the director of the film, also shared couple of pictures from the sets and wrote, “Kick-starting the Jaipur schedule of the shooting for #BhoolBhulaiyaa2!”

Kick-starting the Jaipur schedule of the shooting for #BhoolBhulaiyaa2! pic.twitter.com/TWgRxfwLzf

We are all set to begin the shoot in Jaipur… #BhoolBhulaiyaa2 pic.twitter.com/xNAIc99jMy

Bhool Bhulaiyaa 2 team headed to Jaipur for 10 days before they move to Lucknow to shoot at a palace. Anees Bazmee and the team looked for various palaces before locking down the Lucknow one. They plan to wrap up the second schedule by mid-April before shooting some portions in Mumbai later.

Bhool Bhulaiyaa 2 is produced by Bhushan Kumar, Murad Khetani and Krishan Kumar under the banner of T-Series and Cine1 Studios. Directed by Anees Bazmee and starring Kartik Aaryan, the film is written by Farhad Samji and Aakash Kaushik. Bhool Bhulaiyaa 2 is scheduled to release on July 31st, 2020.