Ayushmann Khurrana is currently promoting his upcoming film Shubh Mangal Zyada Savdhaan. The actor plays a gay character in the film and is paired opposite Jitendra Kumar who makes his Bollywood debut with the film. Recently, in an exclusive conversation with Bollywood Hungama, Ayushmann Khurrana spoke about whom he would have a gay encounter with if he was forced and even spoke about his most nervous kiss. 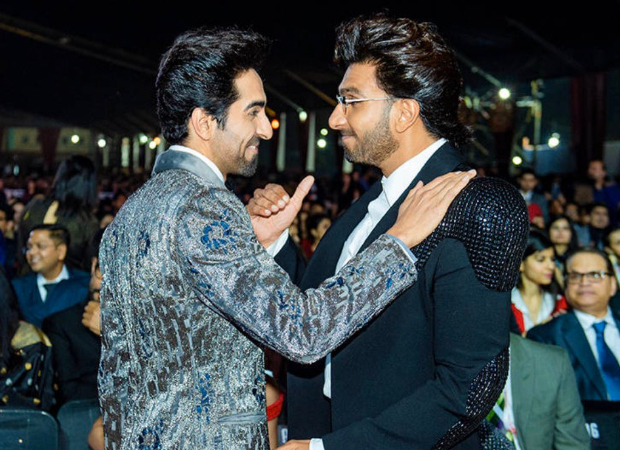 In the rapid-fire segment when Ayushmann was asked as to whom he would choose to have a gay encounter at gunpoint, he took Ranveer Singh’s name. When asked the reason, he said, “I don’t know. Ranveer had come for our shoot yesterday and he sat on my lap.”

He was further asked to point out three things that come to his mind when he hears the phrase, ‘meri badi hogayi’. Ayushmann Khurrana who burst out into laughter said that, “In the film we have not used it, but people usually refer to the p***s. I cannot think of the second one. But logo ki soch badi hoti hai (people’s thoughts are big). ”

Shubh Mangal Zyada Savdhaan directed by Hitesh Kewalya is slated to release on February 21 and will clash at the box office with Vicky Kaushal starrer Bhoot: The Haunted Ship.