Arjun Kapoor is someone who maintains a friendly relation with almost everyone in the industry especially his contemporaries. He is often seen trolling fellow actors from Bollywood with his comments on their Instagram post. 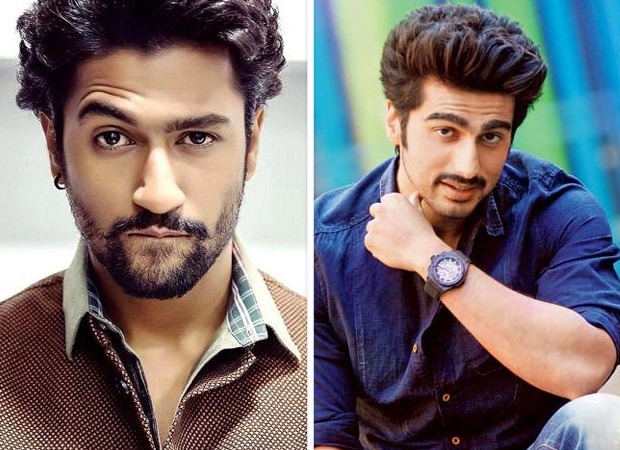 Arjun Kapoor recently held an ‘Ask Me Anything’ session on Instagram and one of his followers asked him if he had any plans of working with Vicky Kaushal as they seem to be good friends. The Ishqzaade actor let Vicky answer this one. He wrote, “Bolo Vicky beta kya khayal hai???”

Vicky Kaushal was quick to respond to this question. Vicky who is a big fan of Bollywood films gave an Andaz Apna Apna reference while responding to the fan’s question. He wrote, “Khyal durust hai! Do dost ek hi Film mein kaam karengey isse pyaar badhta hai!” His response was an improvisation of Aamir Khan’s popular dialogue from Andaz Apna Apna. 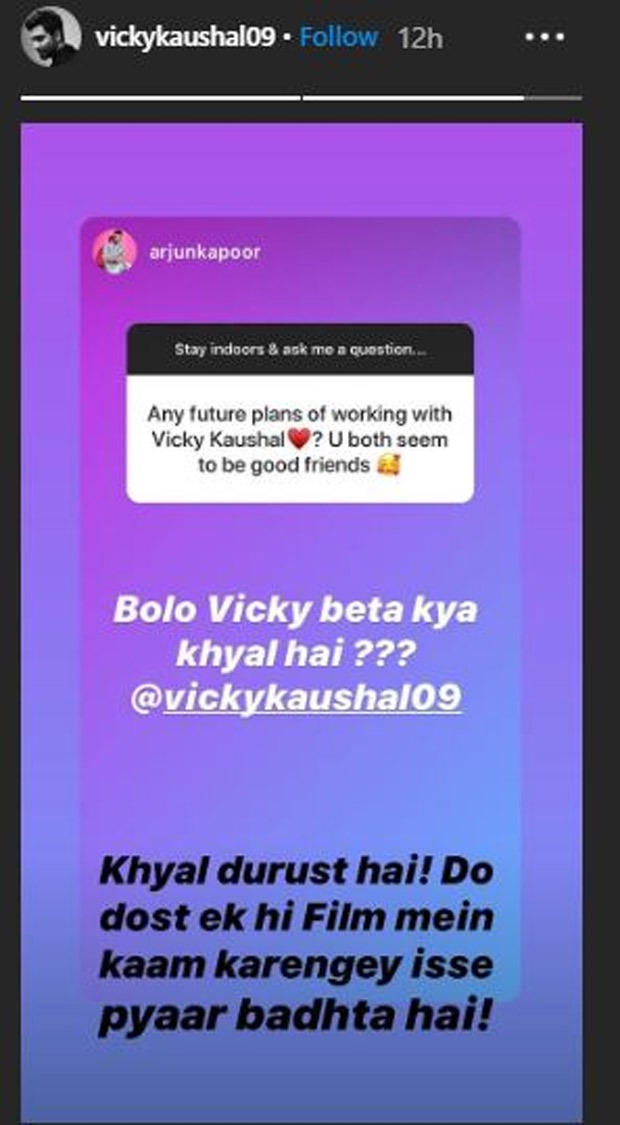 Meanwhile, on the work front, Arjun Kapoor who was last seen in the film Panipat is currently waiting for the release of Sandeep Aur Pinky Faraar which was to release last week but had to be postponed due to the coronavirus outbreak. Vicky Kaushal, on the other hand, will start shooting for Karan Johar’s period drama Takht once the situation gets back to normal.