From the trailer of the film with the tag line, “Thappad- Bas itni si baat?”, which created wide banter as well as tremors that indicate the serious impact to a slap to the multi-city ongoing screenings, Thappad is being hailed as the most important film of the year. The makers of the film have been dropping message-driven promo units to garner the right conversations. 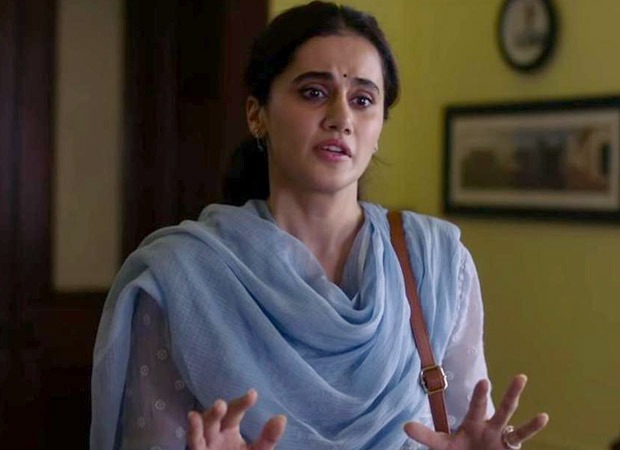 Taapsee Pannu and the makers have now extended their support to a Change.org petition, asking for disclaimers to be added in films that showcase on-screen domestic violence scenes. To deliver this striking message, Taapsee is seen in a concept video questioning viewers – why don’t we have a disclaimer for ‘Thappad’ on-screen when we have one for alcohol consumption, smoking and animal cruelty? Change.org India and the makers of Thappad have come together to urge the censor board to make it mandatory for films that showcase any kind of domestic violence in their films to carry a disclaimer.

Taapsee Pannu took to her Twitter handle and shared the video.

I support the @ChangeOrg_India petition asking CBFC to make it mandatory for movies depicting violence against women to carry disclaimers https://t.co/Pp1vZ7go6d pic.twitter.com/RXaGLN6XJV

Nida Hasan, Country Director, Change.org India, “When most of our films are filled with misogynistic portrayals of women, films like Thappad trigger our collective conscience. Taapsee’s support for Mahika’s petition is a powerful statement for the Indian film industry to take responsibility for the right messaging on domestic violence that affects millions of women in our country every day.”

The actress urges the viewers to sign a petition after the entire video takes stock of everything that is shown as a disclaimer for a film, much in a conversation between the two lead actors. Definitely, the makers are coming up with unique takes with each video. Not only the earlier asset got a strike for being the most reported, as was asked by Taapsee from the audience but even this video is set to become a movement with its impactful message.

ALSO READ: Taapsee Pannu on winning the Filmfare award for Best Actress says that she did not have a speech prepared