Bollywood Hungama had exclusively reported that Pulkit Samrat, Kriti Kharbanda, Ali Fazal and Daisy Shah on Salman Khan’s upcoming production, Bulbul Marriage Hall which will be directed by Rohit Nayyar. We have now learnt that Ali Fazal is no longer a part of the film and Sunil Grover, who has worked with Salman Khan in Bharat, has got stepped into Ali’s shoes. 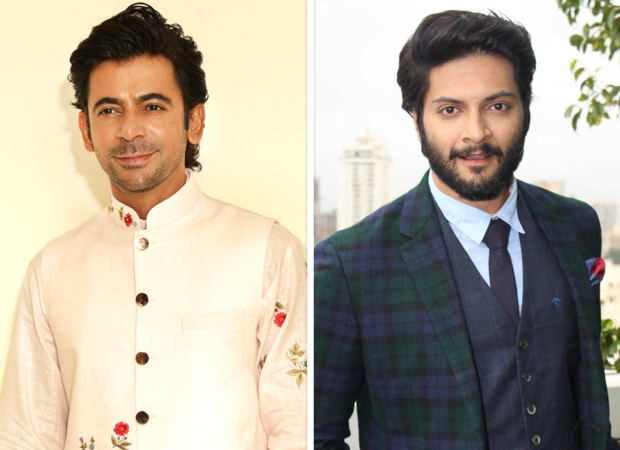 “Ali is gearing up for his Summer 2020 wedding with Richa Chadha and Bulbul Marriage Hall too was supposed to go on floors during the same time frame. He tried to adjust his dates, but eventually had to step out as the combination dates with the star-cast was not working out,” revealed a source close to the development. The makers soon approached comedian turned actor, Sunil Grover, who loved the character and immediately agreed to come on board.

“Sunil shares a person bond with Salman, and he stepped into the film without any ado. It’s a performance driven character and the makers were on a look-out for someone who has an exceptional comic timing. Sunil was the perfect fit for the role,” the source added. Sunil’s character will be paired alongside Daisy while real life love bird, Pulkit and Kriti will play love birds in the reel too. The film revolves around a big fat Indian wedding and is set in Lucknow. The screenplay and dialogues are penned by Dream Girl fame, Raaj Shaandilya. The film will go on the floors as scheduled in Summer 2020 and might even release towards the year-end.

Apart from Bulbul Marriage Hall, a couple of more production ventures are raring to roll out soon under the SKF banner. A series of announcements will follow in the second half of the year. A team is planning and working towards developing several interesting scripts. On the acting front, Salman is currently busy shooting for his Eid 2020 release, Radhe, which is the official remake of Korean action-thriller, The Outlaws. The film sees him team up with Disha Patani for the second time after Ali Abbas Zafar’s drama, Bharat.

Also Read: Johny Lever is all praise for Sunil Grover’s performance at the Bigg Boss 13 finale