The highly awaited trailer of Sooryavanshi starring Akshay Kumar and Katrina Kaif launched on Monday, March 2, 2020.  Director Rohit Shetty received support from his previous heroes Ajay Devgn who previously worked in both parts of Singham and Ranveer Singh in Simmba. The trio will be starring in fiery action during the climax of the film. 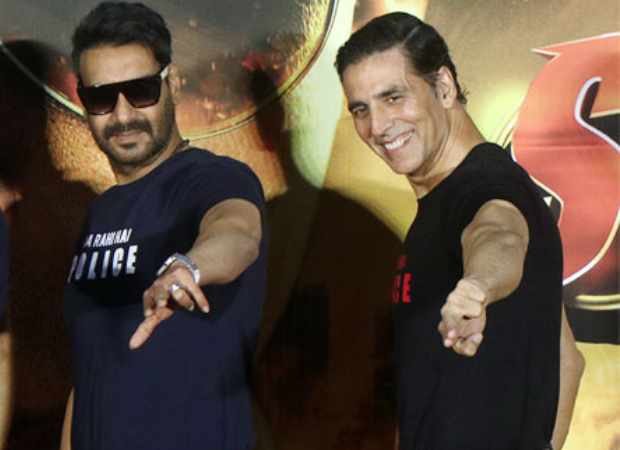 At the trailer launch on Monday, Akshay Kumar poked fun at Ajay Devgn with whom he has worked in the past and are good friends too. “Ajay is my old friend, we started our careers together and is so happened that we fought for the same film. I was cast in Phool Aur Kaante but he pushed me out and got the film.”

“I was cast in #PhoolAurKaante but he pushed me out and got the film” – says @AkshayKumar about @ajaydevgn at #SooryavanshiTrailer launch#BollywoodHungama pic.twitter.com/pknMq3DUDl

As the audience laughed at this scenario, the duo also requested their fans to not indulge in online fights. “We want to say something to our fan clubs. Lately, we have been speaking that our fans keep fighting amongst each other. We want to request them do not fight. Please do not fight, we are with each other and will continue to support each other.”

“We want to request them don’t among yourselves fight. All our fan clubs should stay together and both of us are together,” said Akshay.

Both Ajay Devgn and Akshay Kumar made their debut in the year 1991 with Phool Aur Kaante and Saugandh.