If things were normal, then Akshay Kumar-starrer and Rohit Shetty-directed Sooryavanshi would have playing successfully in cinemas and moviegoers would have been gearing up for the release of Ranveer Singh’s exciting sports flick ’83. Sadly, the release of both the films has been indefinitely postponed due to the Coronavirus outbreak. No one can predict when these and other films would start releasing in theatres as no one exactly knows when things would return to normalcy. 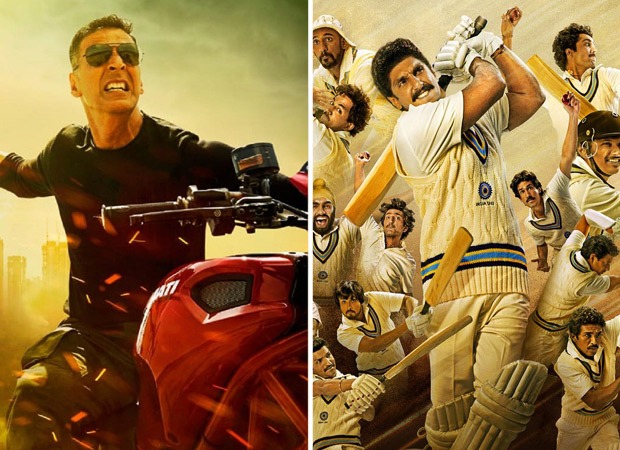 Meanwhile, Angrezi Medium, starring Irrfan Khan, ran in theatres for barely 4-5 days that too in select regions of the country after which cinema theatres were asked to shut operations due to the Pandemic scare. The hope was that it would re-release after theatres are thrown open. However, the film was released on an OTT platform few days ago. Although it was understandable that biggies like Sooryavanshi and ’83 would not go the direct-to-OTT release, the question did arise in the minds of few. Reliance Entertainment Group CEO, Shibasish Sarkar, in a webinar comprising of some important personalities in the field of production and exhibition, made it clear that there’s no way these highly awaited films would come straight on the internet. Later, in an exclusive chat with Bollywood Hungama, he confirmed, “As per the situation right now, we foresee that even if the normalcy takes another 3-6 months of time, we are mentally clear that we want to give both the films a proper theatrical release.”

India thankfully has not seen the disease spread the way it did in Italy, Spain, USA etc. where the medical system is literally collapsing due to the overflow of cases. Even if things get better in India, it is said that it’ll take much longer for these countries to get back on their feet. However, when asked at the webinar if he was looking at a theatrical release in India but a release on a web streaming giant overseas for Sooryavanshi and ’83, Shibasish Sarkar categorically denied that a scenario like this would emerge. Later, he told this writer, “We would wait for normalcy to return not just in India but the main global markets as well like North America, Middle East and UK. There has to be some semblance of normalcy in these territories. Until then, we’ll hold the film’s theatrical release.”

At the webinar, Shibasish made an interesting point that grabbed everyone’s attention that Reliance team is ready to battle even if the lockdown goes on till September. He also emphasized that everyone associated with entertainment industry have to join each other’s hands in order to emerge victorious later on.