The one member of the Indian entertainment industry who has proved himself a messiah for stranded migrant workers is Sonu Sood. It all started in a trickle of good samaritanism when distressed migrants desirous of travelling home reached out to Sonu Sood for help. Soon, the trickle turned into a torrent of transportation as Sood, the young muscular actor from Hindi, Telugu and Tamil cinema, arranged buses for  hundreds of daily wage-earners to reach their homes during this period of extended lockdown. 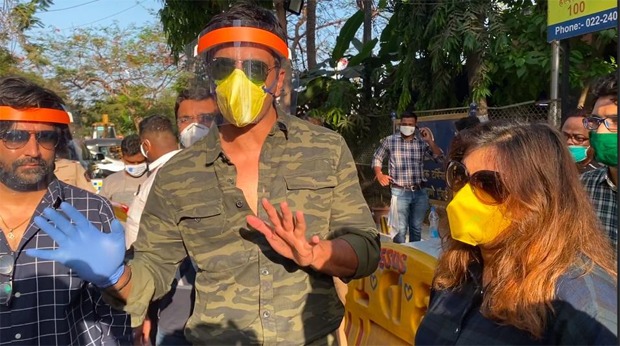 Explaining the reason why he took the initiative to ensure these migrants reached home with hope in their eyes and food in their bellies, Sonu Sood says, “When I saw those haunting visuals of hundreds of workers walking for hundreds of miles, I couldn’t look away. I had to do something. Like many of us, I couldn’t sleep.” 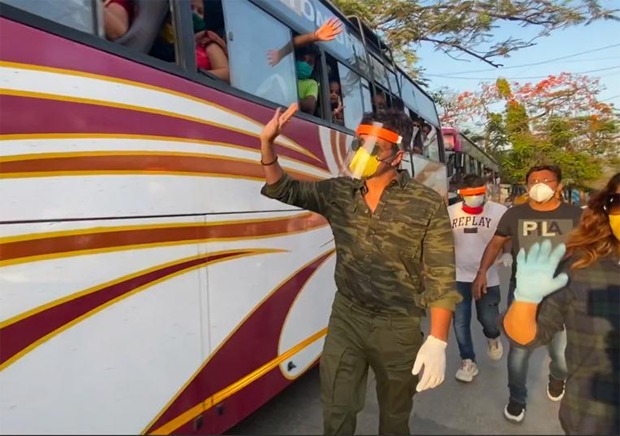 It all started for Sonu with a chance encounter with migrant workers on the streets of Mumbai. “When I was on one of my food drives, I saw migrants walking. When I asked them where they were heading to, they said Karnataka. I couldn’t believe they were walking all the way for those  hundreds of miles. I told them to give me two days to arrange buses for them.” 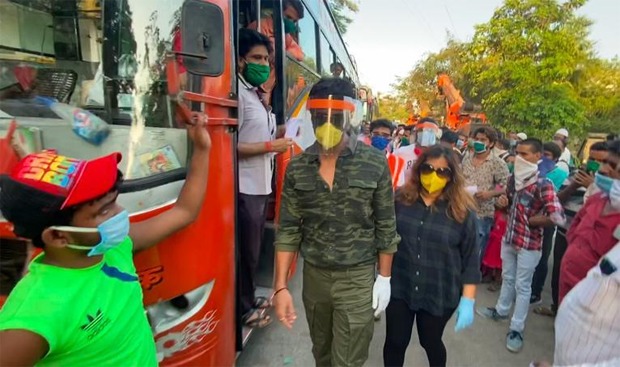 Sonu then began negotiating though India’s great network of redtapism. “I started talking to government officials in Maharashtra and Karnataka. I got all the necessary permission. And I sent around 350 migrants home to Karnataka in the first lot .” 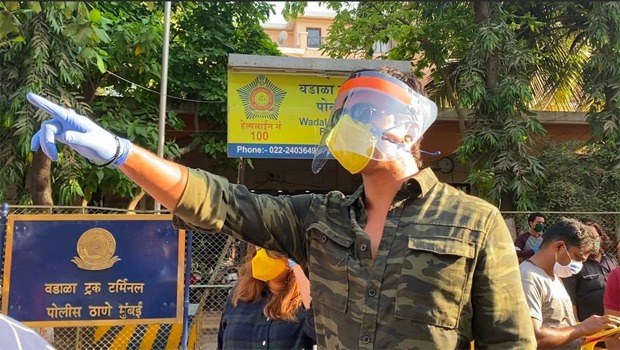 Something told Sonu this was just the beginning of the journey. “Seeing them smile with tears in their eyes, I knew this was not going to be for just 350 people. I had to help thousands who were trying to get home during the lockdown. I started a  dialogue with government officials of many other Indian states like Uttarakhand, Bihar, Jharkhand and Uttar Pradesh about how to get these migrants home from the cities.” 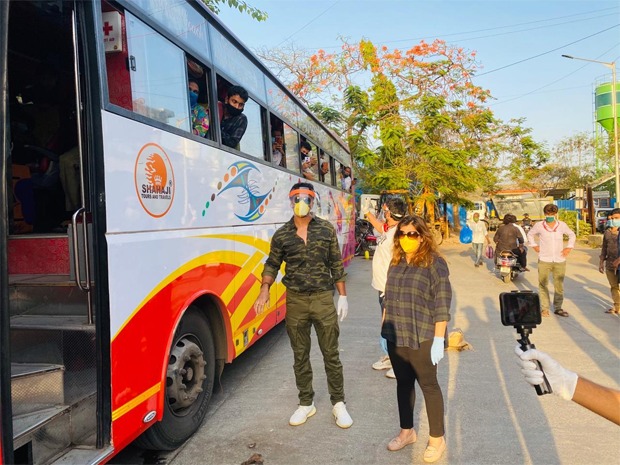 Everywhere the actor-philanthropist got a positive response. “They were very helpful. They got things moving through the bureaucracy. Even now as we speak around 1200 migrants are being taken home. Approximately, 12,000 migrants have reached home by now (through Sonu Sood’s initiative). As we speak the phone is ringing with more requests. This is a mission for me. I won’t sleep well until every single migrant from Mumbai and Delhi reaches home.”

What forces impel Sonu to do what he is doing? “It’s something I’ve been brought up with. My mom and dad always taught me that privilege means a responsibility. If I am successful, it is because I am meant to help those who are less privileged than me.”

Sonu has made a promise to himself. “I’ll see every single worker home. And I am not in this  alone. My chartered accountants, my best friend Neeti Goel, we are all in this together. We speak 20 times a day co-ordinating travel plans for workers in different cities. I just hope I’m able to live up to expectations. My own and the people reaching out to me for help.”

Sonu Sood is working 20 hours a day to see the migrants are on their way. “I’m super-charged . I am connecting with people till late in the night and then seeing a new bus load of migrants are off to their destination in the morning. It’s a 24×7 job.”

And the payoff? “I can’t describe the feeling when workers send me videos during their journey home  and when they reach home. They make me realize I’m on the right path. I feel somewhere I will be part of the lives of all those people whom I’ve helped reach home.”

To Sonu, this is the greatest achievement of his life. “I may have done a hundred films. But to hold the hand of those people sitting at the roadside waiting for someone to take them home is a life-changing experience. It will stay with me forever.”

Why aren’t other privileged members of the Bollywood fraternity coming forward with a helping hand? Sonu mumbles, “Oh everyone is  doing what he or she can. We’re all in this together.”