As we are nearing the release of Hitesh Kewalya directorial Shubh Mangal Zyada Saavdhan starring Ayushmann Khurrana and Jitendra Kumar as the lead, the excitement for this family entertainer is soaring high with each passing day. Featuring the two leads as a couple, the film reflects on the tussle between the family members regarding their relationship. Playing parents to Kumar in the film are Gajraj Rao and Neena Gupta who are known to share great chemistry. Soon after the trailer was dropped, movie lovers couldn’t stop gushing about Neena Gupta who yet again steals the show in the role of a mother. 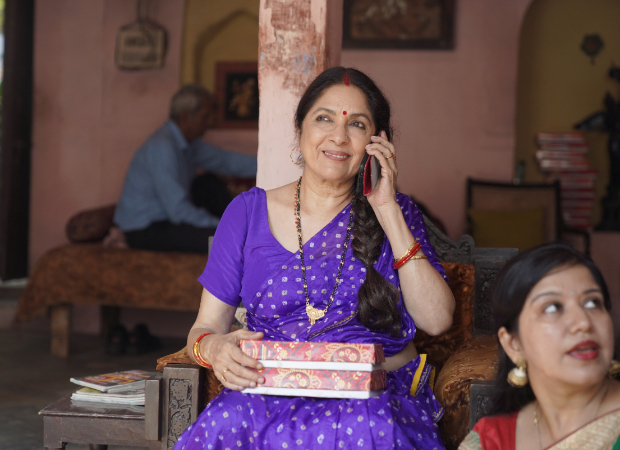 Flaunting her ‘maa ka pyaar’ to the fullest, the beautiful lady’s character comes with a shade of grey which is not progressive or archaic in the complete sense but very realistic and emotionally strong. Leading the feminine force of the film, Sunaina holds the family together in its truest sense. It’s towards the climax of the film when fans will witness her taking charge of the family. Looking at her character, it’s easy to say that Shubh Mangal Zyada Saavdhan is here to take Hindi cinema towards a progressive future, strongly giving out the message of #loveislove. Neena Gupta as the ‘Modern Maa’ is here to change the narratives and inspire everyone out there with her emotional side.