There have been several legendary actor-director pairings that have worked repeatedly and have come up with memorable cinema most of the times. The examples of such jodis in recent times are that of Ajay Devgn-Rohit Shetty, Shah Rukh Khan-Karan Johar, Salman Khan-Sooraj Barjatya, Ranbir Kapoor-Ayan Mukerji, Shah Rukh Khan-Farah Khan, Shah Rukh Khan-Yash Chopra etc. Actor and superstar-in-the-making Ranveer Singh too have had such a super-hit association with Sanjay Leela Bhansali. All their three films together – Goliyon Ki Raasleela Ram-leela, Bajirao Mastani and Padmaavat – have been memorable and huge successes at the box office. 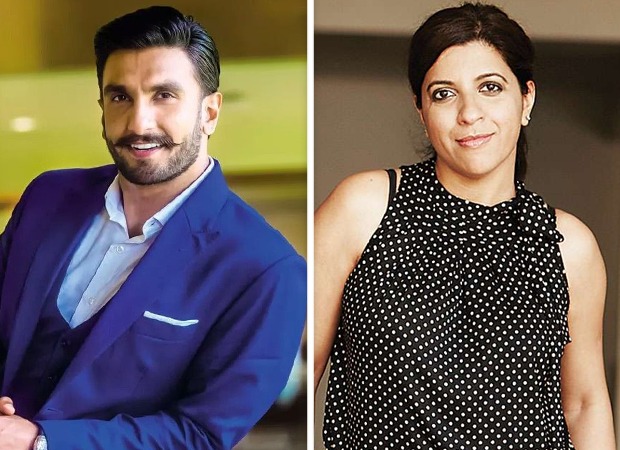 And now it seems that Ranveer Singh has forged such a relationship with yet another talented director, and that is, Zoya Akhtar. If reports are to be believed, then the actor will be seen in the talented director’s next film as well. A source spills the beans, “Ranveer worked with Zoya for the first time in her 2015 flick Dil Dhadakne Do. It was a multi-starrer and Ranveer got noticed for his performance and character. Zoya then offered Ranveer the solo lead role in Gully Boy. This film added a lot to Ranveer’s already envious track record. Despite criticisms that it’s a niche film, it did a business of around Rs. 140.25 crore.”

The source adds, “Both Ranveer Singh and Zoya Akhtar have a lot of attachment for each other. Ranveer never stops raving about Zoya and she too is all praises for him. More importantly, both are at the same wavelength and understand each other. This makes their work easy. So when Zoya completed her next script, Ranveer was her unanimous choice. This is not just because of her fondness for him but also because she knows that Ranveer can fit in any role today effortlessly. The actor too is impressed with her script and has given his nod”

When asked about details about Zoya Akhtar’s upcoming project, the source however says, “Nothing is known about it. Zoya and the producers Farhan Akhtar and Ritesh Sidhwani have kept it a heavily guarded secret. But if Zoya’s past record is anything to go by, then one can expect another entertaining and hard-hitting stuff from the director.”

The source, before signing off, says, “Things are at a nascent stage and also, the lockdown has thrown everything out of gear. So an announcement can’t be expected in the near future. Also, Ranveer will have to look at his choc-a-bloc schedule to determine whether he can give dates for the project. But knowing how much Ranveer values Zoya, he’ll surely do anything to be a part of her next.”

Also Read: Amitabh Bachchan’s Shahenshah to get a remake with Ranveer Singh in the lead?