The lockdown has completed a month in India and yet, cases of Coronavirus are rapidly rising. The belief is that itll take a few more months for normalcy to kick in. This would also mean that itll take some more time for cinema halls to resume services as well. Even if theatres are allowed to be open, theres no guarantee that big films would start arriving in hordes. There are a lot of factors to be considered like fear psychosis, condition of overseas markets etc. before the decision to release biggies will be taken. 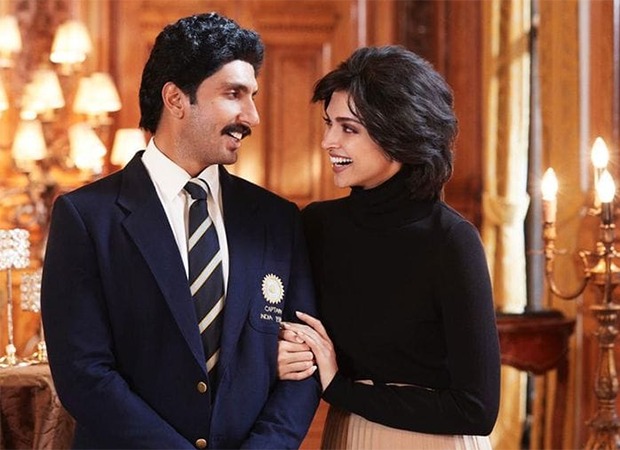 Recently, the trade circles was abuzz with reports that the much-awaited film 83, based on the spectacular victory of Indian cricket team in the 1983 World Cup, might not release in cinemas. According to the speculation, a big OTT platform with worldwide reach has offered a staggering Rs. 143 crore to the makers of this film, starring Ranveer Singh, and directed by Kabir Khan. So are the makers tempted to take up this offer?

Reliance Entertainment Group CEO Shibashish Sarkar, however outright denies these reports. In an exclusive chat with Bollywood Hungama, he says, There is no truth to these reports. 83 has been made for the big-screen experience. Right now, theres no intention or interest of the directors or we as the producers of taking these films to the small screen. If the situation deteriorates rapidly or there is no visibility of normalcy even after six months, we will evaluate then. But right now, we are all quite positive and I foresee that between next 4 to 6 months, cinema halls will start operating. So thats the hope and mind-set which we currently have.

A trade source insists that producers of small and medium-sized films have also been approached by different platforms. The source says, The OTT platforms have enough content as of now but sooner or later, they too wont have anything new to offer as even their productions are paused. Also, their viewership will increase if they get an upcoming film, which was originally meant for cinemas. Hence, they are approaching makers of films like Gunjan Saxena: The Kargil Girl, Khaali Peeli, Coolie No 1, Ginny Weds Sunny, Saina, Indoo Ki Jawaani, Shershaah etc. They are offering them a handsome amount, based on their films worth, which will not just cover the films cost but also ensure profitability.

Different producers, however, have reacted differently to this offer. The trade source adds, Some filmmakers are just not interested as they feel that they are able to afford the delay and will hold back the digital only release of their films. And more importantly, the directors and actors of these films would not be comfortable if their film is not released in cinemas. They fear that itll affect their credibility. Everyone saw what happened with Sushant Singh Rajputs Drive last year. However, there are some producers who are evaluating the offer. And then there are filmmakers who are already in advanced talks with the OTT giants and are close to sealing the deal”

The source before signing off says, As of now, filmmakers are waiting to see whether the lockdown is further extended or not or if there is any clue on reopening of cinemas. Based on that, theyll decide whether they want to take the OTT bait.