What’s in a name? A lot, as Meenakshi and Sundareshwar would express in their upcoming Netflix film, Meenakshi Sundareshwar. The film marks the continued association of Sanya Malhotra with Netflix, after Ludo, and the OTT debut of Abhimanyu Dassani – both of whom play the eponymous roles. 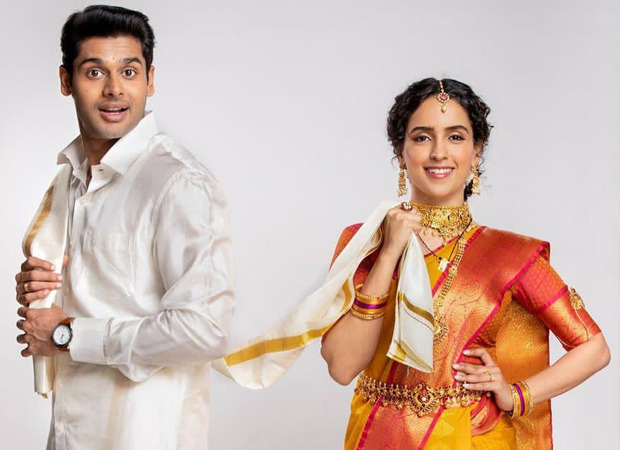 Set in Madurai in Tamil Nadu, the romantic comedy speaks to the trials and tribulations of a young couple, and is directed by Vivek Soni. The first look was unveiled on Wednesday.

Meenakshi Sundareshwar marks the directorial debut of Vivek Soni. It is being produced by Dharmatic Entertainmentand has been written by Vivek Soni and Aarsh Vora.

Also Read: Sanya Malhotra opens up about lovemaking scenes with Aditya Roy Kapur; says there was hesitation and nervousness