Actor Sanjay Dutt’s daughter Trishala Dutt often goes down the memory lane on her Instagram account. From sharing moments with her grandfather Sunil Dutt to reminiscing time spent with her mother Richa Sharma, she often likes to share moments on social media. 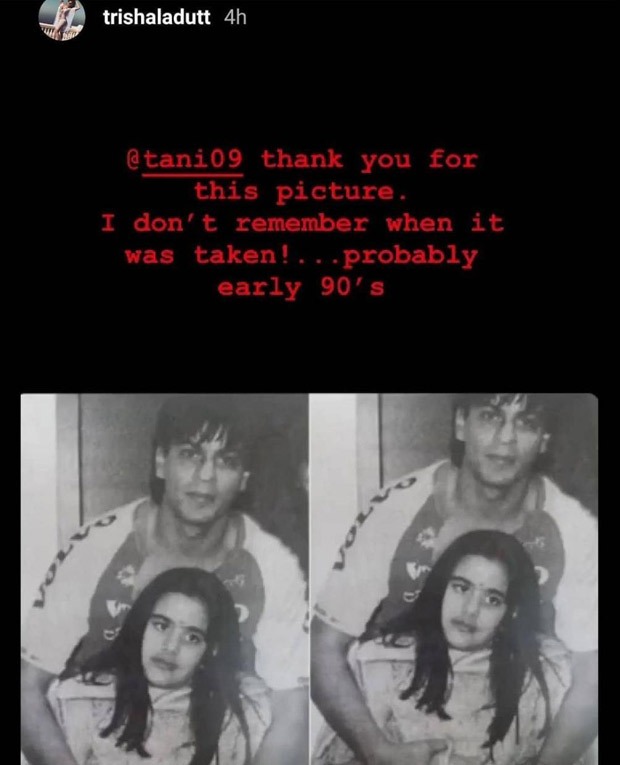 Recently, she shared an unseen picture with Shah Rukh Khan. In the photo, SRK is sporting a T-Shirt while Trishala looks cute in an Indian outfit. She captioned the photo, “@tani09 thank you for this picture. I don’t remember when it was taken!… probably early 90’s.”

Trishala Dutt is close to Sanjay Dutt and his family – Maanayata and twins Shahraan and Iqra. She lives in New York with her grandparents and is a psychologist.