Earlier today, superstar Sanjay Dutt took to his social media to post a moving picture of him and his dad to highlight his late dad Sunil Dutt’s birth anniversary. The black and white picture was clicked during Sanjay Dutt’s childhood and the father-son duo can be seen smiling as they pose for the camera. 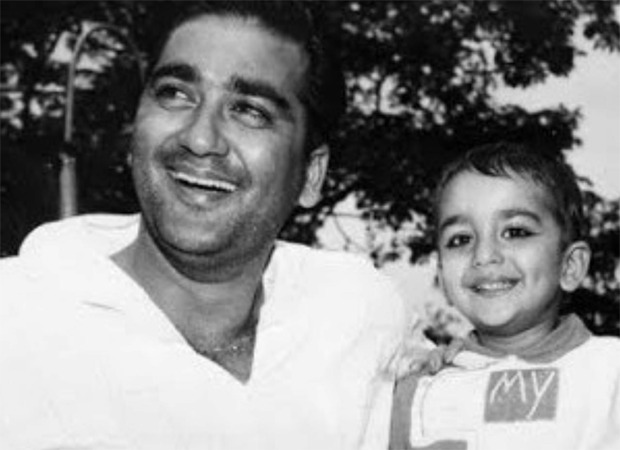 The picture that Sanjay Dutt shared had the caption:“You have always been my source of strength and happiness. Happy Birthday Dad!❤️ “

You have always been my source of strength and happiness. Happy Birthday Dad!❤️

The picture from the actors childhood just goes to signify that some people are just there with you from the beginning till the end and Sanjay’s dad Sunil Dutt will always be with him. Those we love never truly leave us and there are things that death cannot touch which are those joyous memories that will always be there with Sanjay Dutt, no matter what!

A few days ago, Sanjay Dutt had shared a video on his mother Nargis Dutt’s 91st anniversary. Reliving some of the most significant moments, the actor shared some of the photographs of his mother and his family from the archives while wishing her on her birth anniversary. Sharing this special video, Sanjay Dutt wrote, “Happy Birthday Ma, miss you.”