Following the release of his last song, ‘Pyaar Karona‘, superstar Salman Khan recently made another announcement of his next music video titled ‘Tere Bina’. This came as a big surprise for his fans after he made a promise of launching two more songs. The entire love song featuring Salman Khan and Jacqueline Fernandez has been shot at his Panvel farmhouse following all the necessary guidelines listed by the government. The teaser of the track ‘Tere Bina’ is out already and this is the first time the duo will reunite after their super successful film Kick. 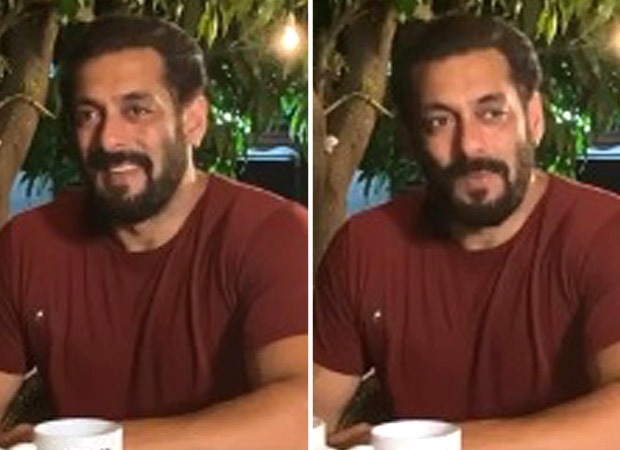 In this part of the video, Waluscha D’Souza is seen interviewing Salman Khan, where the superstar throws light on how he has been working ever since the age of 15 and this is by far the longest period that has passed by when he ain’t working in a formal environment. “I wanted to spend time with my family but my mother Salma and sister Arpita Khan and her kids have now gone home to Mumbai,” he is seen saying. “I have been working since I was fifteen and a half. I am fortunate that despite the time when my films were flopping and my career was not going as expected, I kept working. Now that all of you are here, I am trying to work.”

He further said that this song has been the cheapest production ever. “The song was already in my head, so I thought of releasing it at this time. It’s a learning experience that three people can very easily shoot a song. We didn’t need any make-up artist, hairstylist. Things were slow. Everyone’s using wifi, so internet speed was so slow that it took us 24 to 36 hours to download some files. Everything went back and forth about 70 to 80 times. Finally, we got our edit, our teaser,” Salman further said.

He also talks about being active on social media, about his YouTube channel and how he is trying to help 2500 families in the nearby villages by providing them with food and other resources and will do so again in the coming week.

Earlier, both Salman and Jacqueline shared a video as they sat down for a tête-à-tête with Waluscha D’Souza. Salman and Jacqueline can be seen appreciating nature and calling this time a great opportune time to do the things that they would not usually in the normal course of life. Salman shares how one day, the staff at the farmhouse was getting bored and dancing to songs. That’s when they decided to do a song performance together.

‘Tere Bina’ is sung and directed by Salman Khan, while it is composed by his friend Ajay Bhatia and written by Shabbir Ahmed. It will soon be out on Salman Khan’s YouTube channel on the 12th of May.

ALSO READ: EXCLUSIVE: Does Iulia Vantur plan on getting married to Salman Khan? Here’s what she has to say