Salman Khan is busy shooting for Prabhu Dheva’s Radhe: Your Most Wanted Bhai. He is shooting at a Mumbai studio, and we recently saw him spending some good time with a little fan. A video of Salman adorably kissing her also went viral. Salman also had another visitor on sets recently. 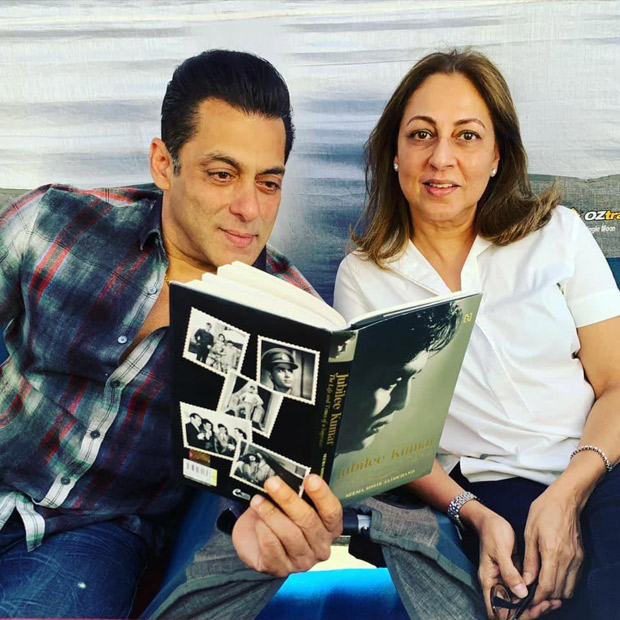 Legendary actor Rajendra Kumar’s daughter Dimple Patel recently dropped in to meet Salman, and presented to him her father’s biography, titled Jubilee Kumar – The Life and Times of a Superstar. We also got our hands on a few photos where Salman is seen reading the book enthusiastically. Dimple seems to be enjoying the reading season too! We hear she has also presented Salman’s father Salim Khan with a copy of the book.

Caption:.Sharing special moments of my father with the very special Salman Khan ????????

Workwise, Salman is keeping quite busy. As he continues working on Radhe: Your Most Wanted Bhai, he has already announced his 2021 Eid release! Titled Kabhi Eid Kabhi Diwali, the film will be helmed by Housefull 4 director Farhad Samji.