Salman Khan continues to share videos and photos amid Coronavirus pandemic. The actor is currently stationed at his Panvel farmhouse with some of his family members while the rest of his family is in the city. As the cases in India have seen a rapid increase, celebrities are sharing the ways in which citizens can protect themselves – by practicing social distancing, staying indoors and maintaining hygiene. 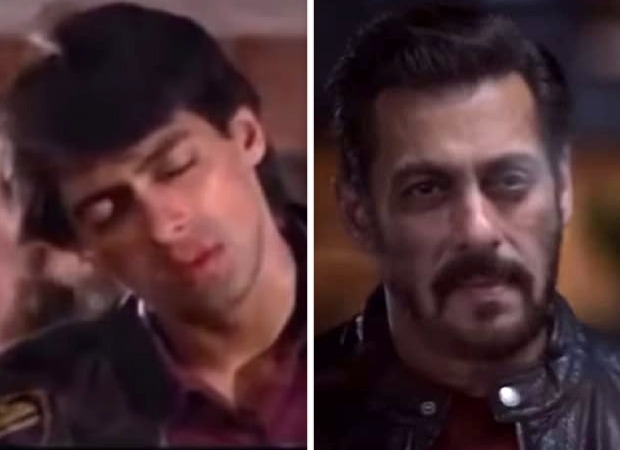 On Sunday, Salman shared a video where the scene from Maine Pyar Kiya that begins after Prem reads the love letter and his ladylove played by Bhagyashree leaves a lipstick mark on the mirror. The scene ends with him kissing the same lipstick mark.

However, the actor gave a twist to the scene. Recreating the same scene in 2020, instead of kissing the lipstick mark, Salman gives it a hilarious spin and sprays it with sanitizer and wipes it away. “If MPK releases now… Happy Easter. Stay focused and stay strong!” Salman captioned the video.

Meanwhile, Salman Khan has been doing his bit in the fight against the novel Coronavirus. The actor has taken the financial responsibility of 25,000 daily wage workers from the film and television industries. He is also sponsoring ration for their families.