Actor Sushant Singh Rajput’s last movie Dil Bechara, the Indian remake of The Fault In Our Stars, is yet to be released. The actor, who passed away on June 14, will essay the role of Manny in the upcoming film that may release directly on an OTT platform. Saif Ali Khan has a cameo in the film and the two actors got to work together briefly in the film. 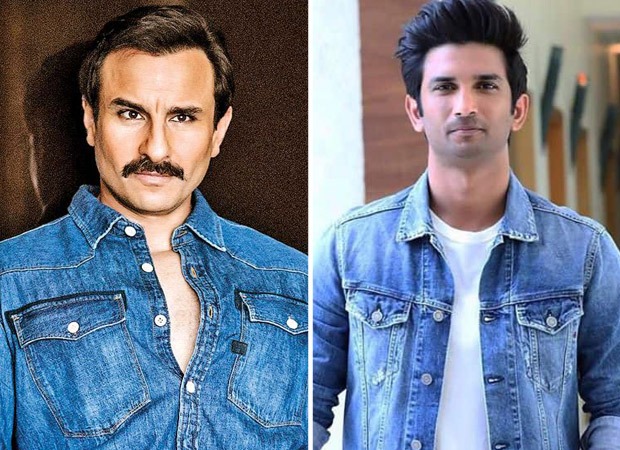 Speaking about it, Saif Ali Khan recently said when he did guest appearance in Dil Bechara, he felt like Sushant was happy about it. Sushant was very nice to him and spoke about wanting to have drinks and talk about various things. Saif feels bad about it since it never happened. After working with him, Saif quite liked him. During the shooting, Sushant revealed that he was a back up dancer for Saif during the Melbourne Commonwealth Games in 2006. So Saif congratulated him for how far he had come in his career.

Interestingly, Saif’s daughter Sara Ali Khan made her debut opposite Sushant Singh Rajput in Kedarnath in 2018. He had heard praises about him from her. He said that Sara always described Sushant as a remarkable person.

Speaking of meeting him, Saif said that he had refined looks and was a good looking guy. When he met him, he thought he was little on the edge. He said that he felt he was looking for something. The actor further revealed that Sushant was interested in the same things as him and liked discussing philosophy and astronomy.