Ranveer Singh is often seen in vibrant and funky clothes. He can be seen donning onesies and track suits that can only be pulled off by him. He’s one heck of a fashionista, almost always giving tough competition to his peers. 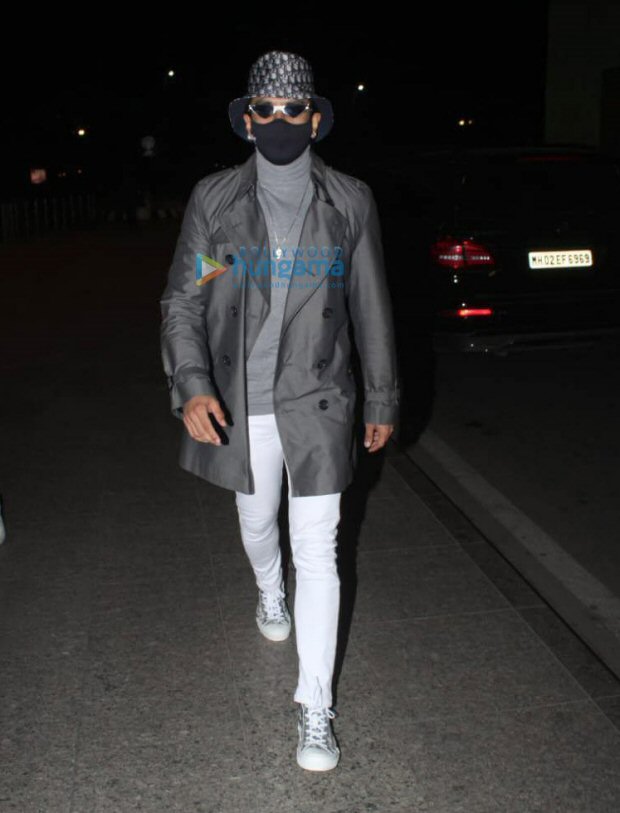 But this morning, he was spotted in simple and classy attire at the Mumbai airport. He was seen wearing a light grey turtle neck with a heavy grey coat. He teamed with basic white denims with a pair of classic black sunnies, sneakers and a bucket hat. He doesn’t fail to impress the netizens with his uber fancy look; he looks like he just stepped out of a Dior magazine. 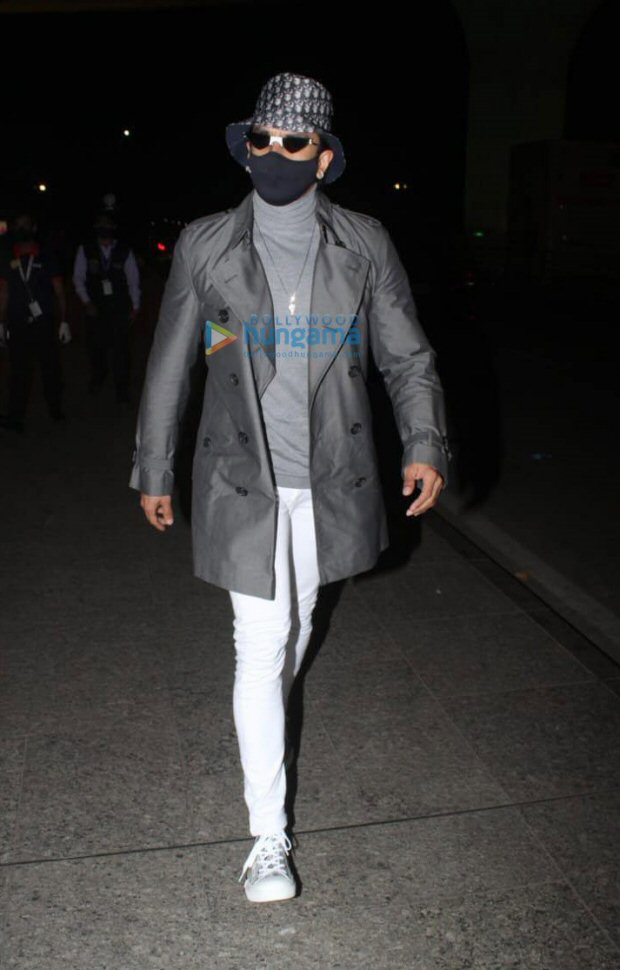 On the work front, Ranveer Singh is gearing up his next film Jayeshbhai Jordaar, produced by Yash Raj films along with Maneesh Sharma and directed by Divyaang Thakkar. 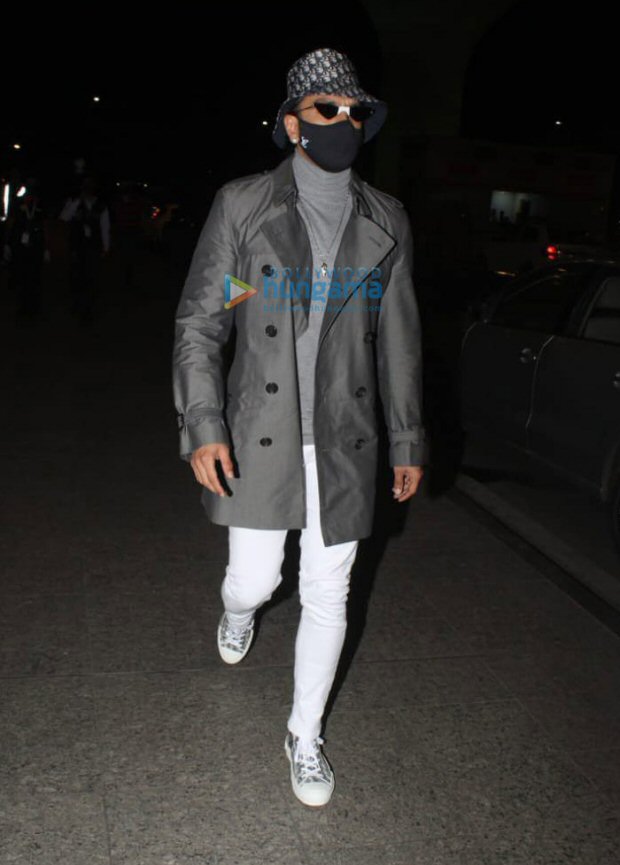 His next big project lined up for a release is Kabir Khan’s 83 where he essays the role of iconic cricketer Kapil Dev and revolves around the 1983 World Cup win. Deepika Padukone stars in the film and has a pivotal role. This will be their first movie together after their Italian wedding in November 2018.