The web series Paatal Lok is popular currently for its gritty narrative and investigative-thriller storyline. As the show is being talked about a lot, netizens are also making a lot of memes out of it too. And producer Anushka Sharma has also joined the bandwagon. 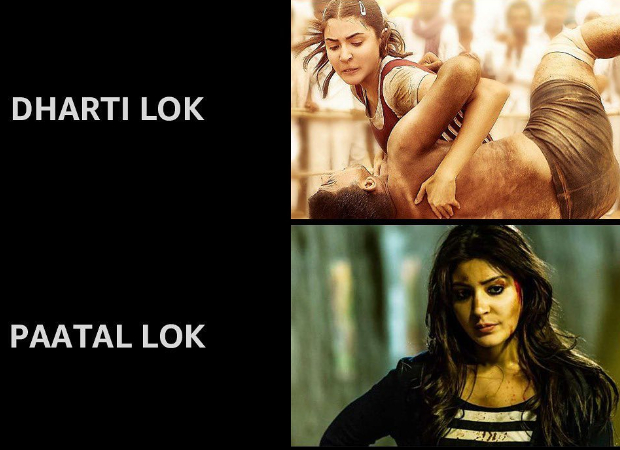 The actress took to Instagram to share two such memes featuring some of her previous roles. Anushka included her past characters from her films like Ae Dil Hai Mushkil, Sultan, NH 10, Phillauri, Sui Dhaaga, and Pari, to explain the concepts of swarg (heaven), paatal (hell) and dharti (earth) lok. She captioned the post as, “Hi this is a ‘Lok(y)’ reminder to tell that #PaatalLok is live.”

The show stars Jaideep Ahlawat in a lead role along with Abhishek Banerjee and Neeraj Kabi in pivotal roles.