Indian idol’s stage has been like a guru to many aspiring singers who have learned many things about music just by observing and watching them. Yuvraj Medhe who hails from Jalgaon is the perfect example of it as he lives his dream moment of performing on the biggest singing platform in India. From cleaning confetti to performing on the same stage, Yuvraj’s performance made Neha and Himesh emotional. 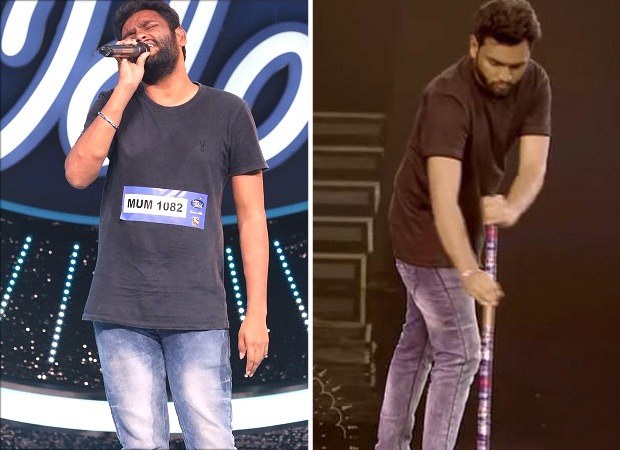 When he walked on the stage and introduced himself Neha immediately reacts that she has seen him before he told them that he has cleaned confetti for Salman Ali and Sunny in the earlier seasons. The judges were overwhelmed seeing him on the stage and found it to be a very proud moment that knows he would be performing on the stage. His brilliant voice made Neha very emotional and could not stop praising him for his magnificent talent.

Yuvraj delivered an outstanding performance which made the judges extremely happy. Himesh while praising him said, “Indian Idol is such a huge stage and has inspired so many people and I feel so happy watching you perform that the one who has worked backstage for so long now finally has got the chance to be on stage, I wish you all the luck for your future.”

Over-joyed Yuvraj replied back saying, “I used to take notes of the tips and suggestions that judges gave after each performance at Indian Idol and improvised my singing keeping those in mind. I thank my backstage team for motivating and supporting me so much, I will make them proud!”