After a 2-year-long battle with cancer, veteran actor Rishi Kapoor passed away on the 30th of April, at a Mumbai hospital. During his last hours, the actor was in the company of wife Neetu Singh, who was a constant company throughout the last two years and also traveled with him to New York for treatments. 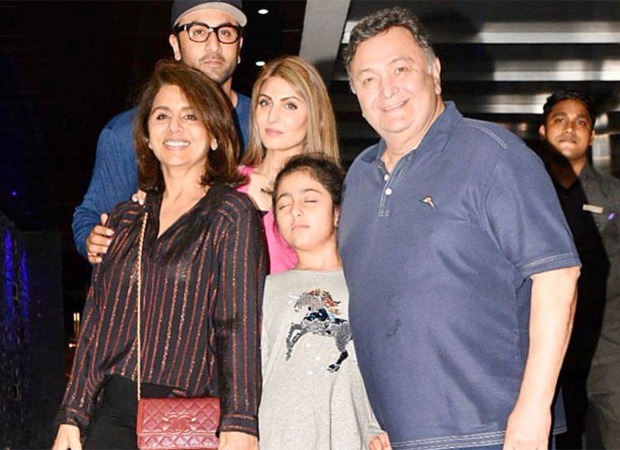 While Kapoor’s fans, friends and colleagues continue to mourn the loss, it is the family that is feeling the deepest void. Rishi’s daughter Riddhima Kapoor Sahni keeps sharing priceless throwback photos with her father on her Instagram stories. Neetu also took to Instagram to share a happy family frame. The photo has all of Rishi, Neetu, Riddhima, her brother Ranbir Kapoor and her daughter Samara smilingly posing outside a restaurant in Mumbai. “How I wish this picture could remain complete as is,” she wrote.

Many including Riddhima herself, Sussanne Khan, Manish Malhotra, Shweta Bachchan and Ekta Kapoor dropped hearts in the comments section.

Kapoor, after spending nearly a year in New York, returned to India in September 2019. Before he fell ill again, he had started working on his new film Sharmaji Namkeen, alongside Juhi Chawla.