A year ago, it was announced that Farah Khan will be producing her first Netflix original titled Mrs. Serial Killer. It will be helmed by her husband Shirish Kunder. The director said that the upcoming digital film will be an apt story for the audience. Bollywood Hungama was first to inform that Manoj Bajpayee and Jacqueline Fernandez have been roped in for the show. A day ago, it was announced that the film will premiere on May 1. 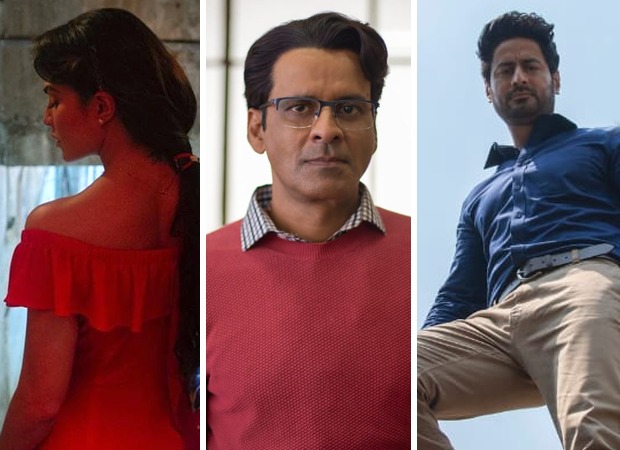 Today, the first look was shared by Netflix featuring the three pivotal characters of Jacqueline Fernandez, Manoj Bajpayee and Mohit Raina. Jacqueline’s character Shona Mukherjee is a loyal wife, who sets out to prove her husband’s innocence. How far will she go for love?

Manoj’s character seems a little shady. He plays Dr. Mrityunjoy Mukherjee. A doctor, a husband, and a murderer? We also see a glimpse of Mohit Raina’s role as Inspector Imran Shahid. Is he on a quest for justice or are his intentions twisted?

If looks could kill, these guys would definitely be Serial Killers. #MrsSerialKiller

When her husband is framed and imprisoned for serial murders, a doting wife must perform a murder exactly like the serial killer, to prove her husband innocent. The film is directed by Shrish Kunder and produced by Farah Khan.