After Doordarshan, some other channels are also ensuring that their audience stays connected. Popular sitcoms of early 2000s Sarabhai Vs Sarabhai and Khichdi will be re-telecast every morning at 10 am and 11 am on Star Bharat. 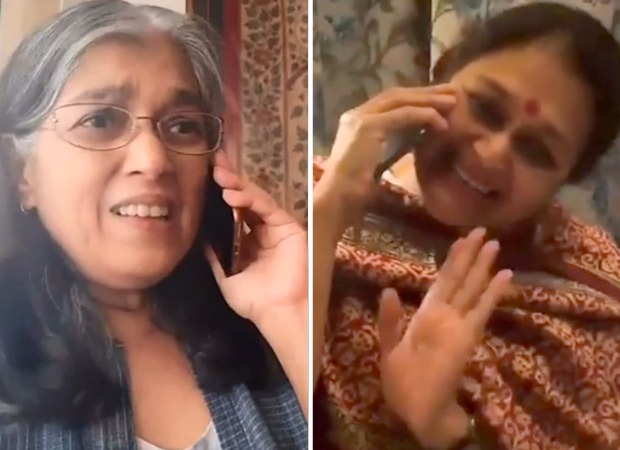 In a promotional video, Ratna Pathak Shah and Supriya Pathak featured as their characters Maya Sarabhai and Hansa and the conversation was absolutely hilarious. It’s 2020 and Hansa makes a call to Maya and in her typical style, she says, “Hello, Maya ben. How are. I am a Hansa, huh. Mujhe na Jayashree se ek suppak chatpati khabar mili hai. Main sunau?”

During the conversation, Hansa then goes on to explain the meaning of the word terrific which will remind you of the good old days of Khichdi. As it turns out, the news was the announcement of the re-telecast of Sarabhai Vs Sarabhai and Khichdi.

J.D.Majethia, the creator of the show, had a reunion with the cast of both the shows via video call to make the announcement. “Happy days are here again! During this difficult times, we would like to contribute in adding some laughter in your lives. VINTAGE EPISODES of your favorite comedy shows KHICHDI and SARABHAI VS SARABHAI are coming back again. Only on PUBLIC DEMAND. Don’t forget to switch on your television from Monday, 6th April onwards, 10am to 12pm only on @starbharat.One hour each, back to back. Some glimpse of video media conference which we just finished. Do share this good news with people who are looking to laugh hard and feel nostalgic once again,” he wrote on Instagram.

Sarabhai Vs Sarabhai aired in 2004 on Star One. The show featured Satish Shah, Ratna Pathak, Rajesh Kumar, Sumeet Raghavan, and Rupali Ganguly. A second season of the show aired on an OTT platform.

Khichdi aired in 2002 which starred Supriya Pathak, Vandana Pathak, Rajeev Mehta, Jamnadas Majethia, among others. Both the shows were written and directed by Aatish Kapadia.

ALSO READ: Sarabhai Vs Sarabhai and Khichdi cast reunite on video call to announce re-telecast of their shows