Amid lockdown, many shows have returned to television as viewers are enjoying the classics. After Ramayan on Doordarshan, BR Chopra’s Mahabharat is coming to an end. A day ago, the episode showcased the death of Pankaj Dheer’s character Karna, the mighty warrior who fought against Pandavas during the war of Kurukshetra. 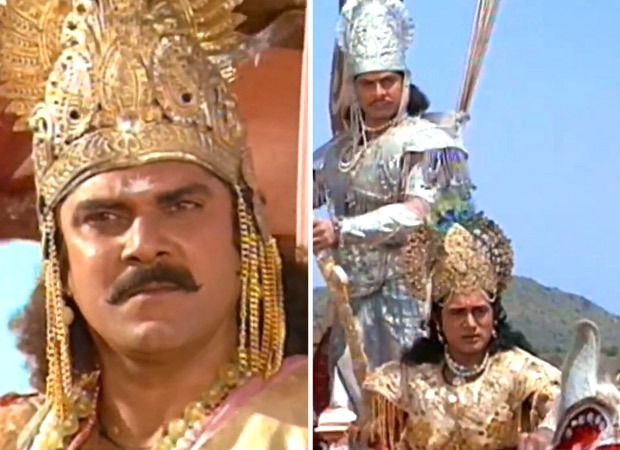 It was already known that Surya putra Karna had a curse of a Brahmin that he would die when he least expected it after he accidentally killed a calf in a forest. In the episode, Kunti, his mother, made him promise to not kill any of the Pandavas except for Arjun. She also asked him not to use the Nagastram on Arjun more than once. Karna made her promise to keep the news that he is the eldest brother of Pandavas a secret until his death as he didn’t want to betray his friend Duryodhana and Kauravas.

“Saamne ka drishya bada hai sundar hai..chaar shwet ashvon wala rath, us per Vasudev jaise saarthi, aur Arjun jaisa maharathi…aur yeh sundar drishya Mahadev ke atrikt kisi ko baubheth kar sakta hai,” Karna says. During the battle, the curse of the Brahmin came into the picture as the wheel of his chariot submerged. As he tried to fix it, Lord Krishna reminded Arjun of his son Abhimanyu’s death as none of the Kauravas followed the rules in the war. Remembering his son’s death, he aimed his arrow at Karna and cut off his head.

It was later when Kunti told the Pandavas the truth about Karna which left the five brothers in shock that they had killed their own brother in the battle.

The netizens were left emotional as the episode was aired on Monday.

Krishna explains how Karn has been apart of and supported every wrong doing of Duryodhan. #Mahabharat #MahabharatOnDDBharti pic.twitter.com/RS4OqoIyRl

Let’s take a moment to praise the acting of #PuneetIssar Sir.
We hated Duryodhan throughout bcoz of all his misdeeds. But his love for his friend Karna was evident today.
I couldn’t refrain myself from shedding tears seeing him crying on his friend’s death.#Mahabharat pic.twitter.com/uZFSuDQYiJ

This face????????
He literally tried every thing to stop the war and still got curse in return????#Mahabharat pic.twitter.com/0KnzHZgYji

When you’d se the look on Karn’s face, he had accepted his faith in this moment ????#Mahabharat #MahabharatOnDDBharti pic.twitter.com/JrfoK6ql16

Karna was a real hero and he is my most favorite character of Mahabharat.
His friendship with duryodhan was so pure..more than taking revenge from Arjun he was fulfilling his promise as a friend.. Respect and love to Mahadani karna????????❤️#Mahabharat pic.twitter.com/3ZHFwrXyuf