R Madhavan’s career achievements from television icon to Mani Ratnam’s favourite actor in Tamil to a successful stint in Bollywood are staggering. As he turned 49 on June 1 Madhavan’s crew members in Belgrade surprised him with a party and cake and lots of warmth. “I miss my wife and son. Son Vedant is participating in a national swimming championship, so my wife Sarita is with him,” says Maddy. 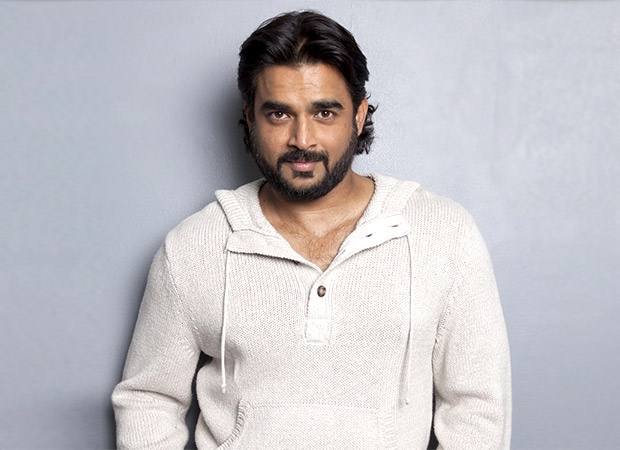 I’ve known Madhavan for 23 years. He hasn’t changed at all, physically or otherwise. Now when I catch up with him in Belgrade to wish him a happy birthday and to hear of his plans Maddy (the only actor whom I call by his nickname) reminds me that we never forget each other’s birthdays, no matter what.

“It’s rare in this business. But then I’ve always been a part and yet apart from showbiz. For one, I’ve been married to the same woman for twenty years. In fact it’s our wedding anniversary in a couple of days. And my wife Sarita will be joining me here,” says Maddy from the freezing weather in Belgrade where he is shooting for his Nambi Naryanan bio-pic.

There is a small birthday celebration with the unit. “And then we immediately got back to work.” Madhavan’s only son 13-year old Vedant is in Pune for a national swimming championship. “By God’s grace he has turned into a fine swimmer and that’s what he wants to do in life. My wife and I are happy to see him accomplish so much in so little time.”

Maddy himself is no small achiever. Never fearful of breaking moulds, way back in the early 1990s when television was still in its infancy Madhavan became a full-fledged television star with Ghar Jamai, Sea Hawks, Banegi Apni Baat.

“And today, look at Sophie Turner from The Game Of Thrones. She is bigger than the biggest movie stars,” says Madhavan as he steps into a new phase in his life.

“At 49 I’ve turned director with Rocketry – The Nambi Effect. I’m totally consumed with the idea of getting it right. I am really really nervous. This is a man a scientist whose work and place in history must be properly defined. I can’t afford to goof up. I am giving this project my best shot. The rest is up to God,” says Maddy.

Speaking on turning 49 Maddy says, “Can you believe it! It’s hard to believe that I have completed such a long time in the film .I’ve made mistakes. But somehow I’ve always bounced back. And the mistakes have taken care of themselves. I did a Telugu film Sabyasachi recently which bombed. But it was re-released on YouTube where it has had 37 million hits. So I guess someone is watching over me.”