The Luka Chuppi costars, Kriti Sanon and Kartik Aaryan share a great friendship and are usually seen commenting on each other’s social media posts, entertaining their fans further. The duo’s pair was really loved in the film and Kriti even had a cameo in Kartik Aaryan, Bhumi Pednekar, and Ananya Panday starrer Pati Patni Aur Woh. 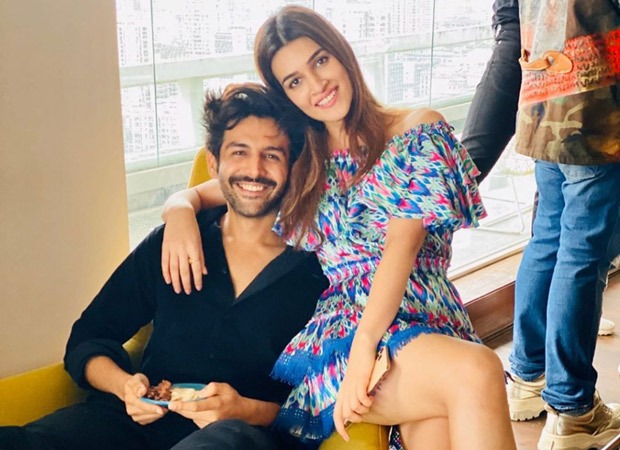 While Kriti was flaunting her baking skills during social distancing, Kartik Aaryan found another way to troll her, which resulted in Kriti Sanon being trolled by his fans. Kriti uploaded a picture with the recipe of Chia Pudding that she tried, and Kartik commented Chai Pudding. However, when Kriti replied, she misspelled Gwalior, Kartik’s hometown, which did not sit well with some of the residents of the place and his fans.

Take a look at the picture and their banter.

On the work front, Kriti Sanon will next be seen in Bachchan Pandey with Akshay Kumar while Kartik Aaryan will be seen in Bhool Bhulaiyya 2 and Dostana 2.

Also Read: Kartik Aaryan’s quarantine area for work from home has left everyone in splits