Kriti Sanon, for the first time in her career, will be seen playing the role of a pregnant woman in Laxman Utekar’s Mimi. The film is a remake of a Marathi classic, Mala Aai Vhaaychya and will also star Pankaj Tripathi. This is one of the most challenging roles that Kriti has had to play since she had to gain a considerable amount of weight to look pregnant. Kriti said that Laxman was very clear that he did not want his lead actress to have a chiseled face and that the weight gain was crucial to make the character look as realistic as possible. 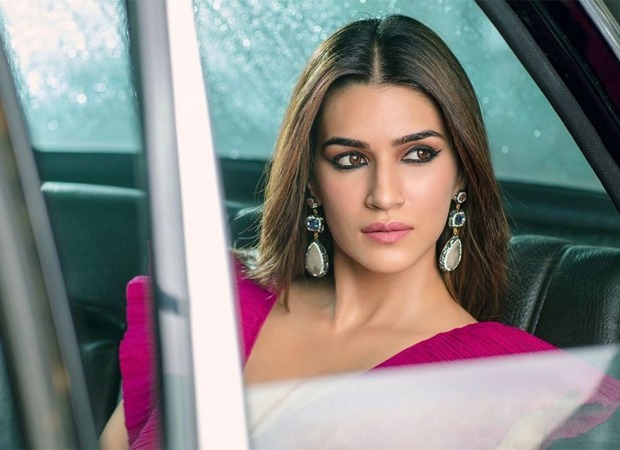 In her recent conversation with a daily, Kriti Sanon spoke about how she had completely stopped working out, even Yoga. Since she has a fast metabolism, she was aware that the weight gain would be difficult. So, she started eating halwa poori and chana for breakfast and ate dessert after every meal. If she wasn’t hungry then she would opt to eat a cheese slice. Even though she liked it initially, after a point she had to force herself to eat it.

Kriti further spoke about the film and said that this is the only project she has said yes to without listening to the script and solely on the basis of the concept. When she heard the script later on, she realized that the role has a lot to offer than she thought it would initially. As for the release date of Mimi, it might be delayed since they have to yet shoot for Kriti Sanon’s opening song which involves international dancers.