Showbiz has taken a hit amid coronavirus pandemic. Shoots have been halted until the situation in the country gets better. Meanwhile, celebrities are indulging in household chores amid nationwide lockdown. Actress Kriti Sanon is making sure to utilize this time to declutter her wardrobe. 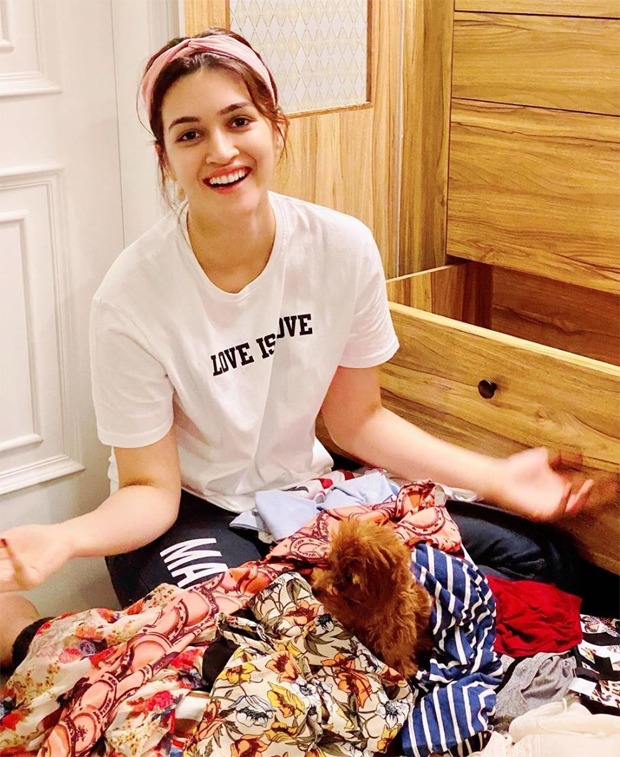 Kriti Sanon took to Instagram to post a photo of herself surrounded by her clothes. “And while i was trying to declutter my wardrobe, Phoebe found some playtime!” Kriti captioned the image.

On the work front, Kriti Sanon will next star in Mimi which will be directed by Laxman Utekar. The film is a remake of the National Award-winning 2011 Marathi film, Mala Aai Vhhaychay.

The actress is essaying the role of a surrogate mother as Pankaj Tripathi is set to play her father. Manoj Pahwa, Supriya Pathak, and Sai Tamhankar are also part of the film which is slated for July release.