Taaliyan Bajti Rehni Chahiye for Anupa Das, a humble and determined 42-year-old teacher who became a crorepati with her meticulous way of answering one question after another, on Kaun Banega Crorepati. The government school teacher from Chhatisgarh was happy, and tears of joy welled up in her eyes as the show’s mega-host announced that she had given the “Sahi Jawaab” to the 1 crore question! 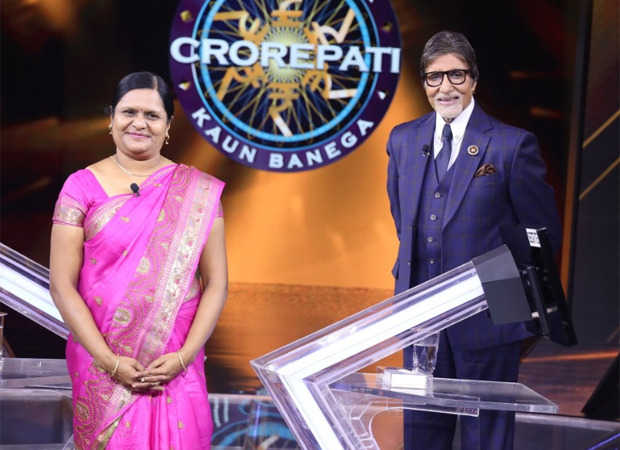 On winning the big sum, an ecstatic Anupa said, “Honestly, I still feel it is all a dream. The fact that I was on the show and that too on the hot seat, playing the game with Amit Ji, that was an experience that I couldn’t have even dreamt of. It was a life-changing experience and so surreal. When I go back home and people ask about my entire experience, I don’t know what to say, it is like a dream and feels so unreal. I believe that all my prayers have been answered after coming on Kaun Banega Crorepati”.

Life took a turn in December 2019 for Anupa, whose mother was diagnosed with Stage 3 Cancer, bringing them to Mumbai from Chhattisgarh. The struggles of life in Mumbai took a toll on the family, but Anupa felt lucky to experience humility & kindness from Mumbaikars during the tough times. To now be able to afford her mother’s cancer treatment, makes her big win on KBC all the more special for Anupa, who believes in the power of faith.

After facing series of personal struggles — a failed marriage, and her mother’s cancer diagnosis amongst others, watch Anupa turn the tables for a better, brighter future for her family and herself through KBC. Anupa’s victory on the show highlights the positive story of a woman who stood the test of time and moved forward with grit & determination. KBC happens to be one of the only television show she watches, and Anupa also advises her students to watch it as she feels it will equip them with the power of knowledge, which can change the course of this nation.

Also Read: Hattrick on Kaun Banega Crorepati 12: Anupa Das, teacher from Chhattisgarh is the third crorepati of the season