Like every other Indian, Kareena Kapoor Khan is also staying indoors and spending some quality family time with Saif Ali Khan and their son Taimur. Bebo, who recently joined Instagram has been sharing pictures from her day to day life on a regular basis with her fans. 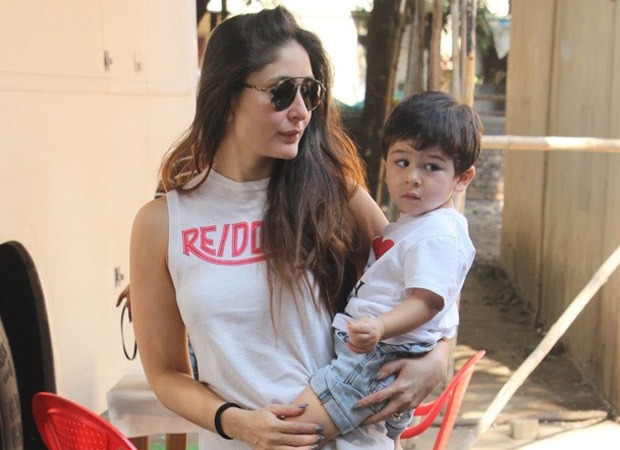 On Saturday, Kareena Kapoor took to her Instagram story to share a picture of Taimur’s artwork. Taimur had painted an ice cream cone with three scoops of ice cream. Sharing the picture, Kareena wrote, “The world is your ice-cream my love #InHousePicasso #QuaranTimDiaries.”

Just a few days ago, Kareena Kapoor Khan shared a picture of Saif Ali Khan and Taimur in bathrobes. In the picture, Taimur was seen running after his father. The post’s caption read, “Dear India, let’s do this. Be responsible. Be home. Be safe. #21DayLockdown #InThisTogether @narendramodi @adityathackeray @cmomaharashtra_ @my_bmc.” 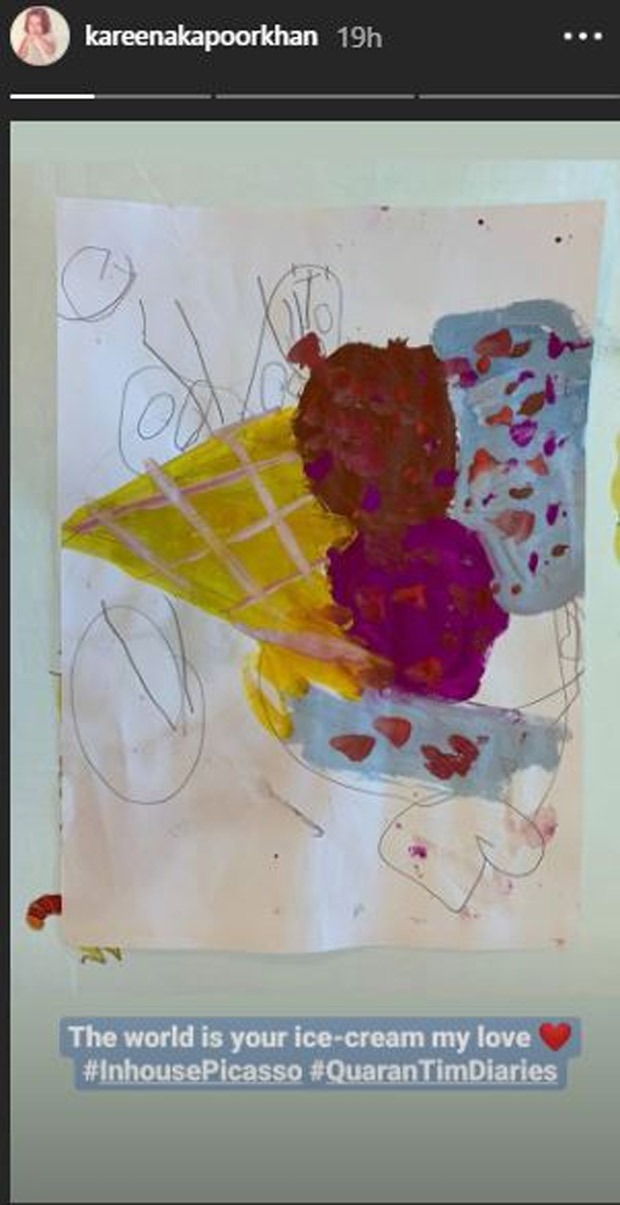 Meanwhile, on the work front, the actor, who was last seen in Irrfan Khan starrer Angrezi Medium, will next be seen opposite Aamir Khan in the film Laal Singh Chaddha which will be released in December this year. The actress will also be seen in Karan Johar’s multi-starrer period drama Takht.