Filmmaker Karan Johar is spending his quarantine time with his kids – Roohi and Yash. Amid self-quarantine time, he has been sharing new ‘toodles’ series on his Instagram featuring his kids. 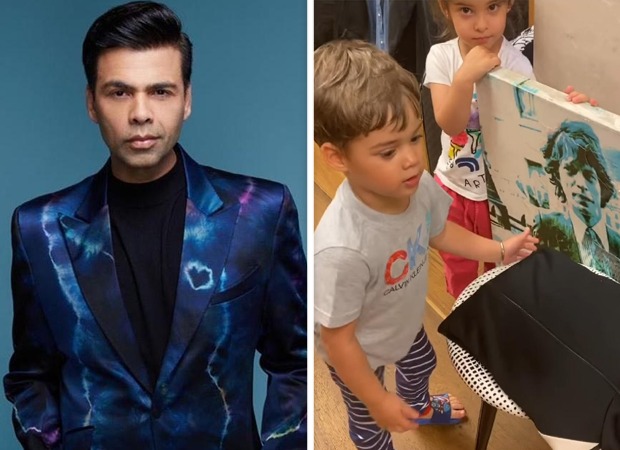 In another video that he shared on Saturday, his kids raided his closet again but this time to tell him that he has Shah Rukh Khan’s photo in his closet. When they go inside, it’s actually a portrait of the lead singer of Rolling Stones, Mick Jagger.

Karan Johar shared the video on Instagram and wrote, “Apparently we had a superstar spotting in my closet! Do watch! I also got a firing! #lockdownwiththejohars #toodles.”

Apparently we had a superstar spotting in my closet! Do watch! I also got a firing! #lockdownwiththejohars #toodles

Karan Johar has been posting some hilarious videos on Instagram. His kids love to spend time with his mom Hiroo Johar. Recently, they barged into his walk-in closet and raided his clothes as Yash asked him to wear simple clothes over his outlandish ones.