Kamiya Punjabi is one of the most sought after actresses of the industry who has been doing some of the best roles when it comes to television. The actress is currently working on Shakti – Astitva Ke Ehsaas Ki on Colors and has earned a lot of appreciation for her role in the show. Just yesterday, Kamya Punjabi tied the knot with her beau Shalabh Dang and has taken to her Instagram to re-introduce herself as Mrs. Kamya Shalabh Dang. 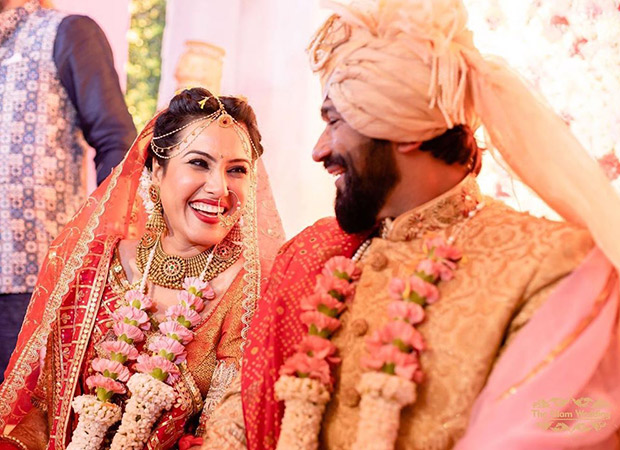 Kamya looked ravishing in a red lehenga with golden work on it while Shalabh opted for a contrasting golden-coloured sherwani. The pictures have turned out beautifully and they look like the perfect couple in the candid pictures. She has been dating him for quite some time now before they decided to tie the knot and the festivities took place over the weekend.

Take a look at the pictures and the video that Kamya shared.

With tears of joy i share my happiness with each one of you through this beautiful video by @theglamweddingofficial team ❤️???????? @shalabhdang #10thfeb2020

This is both Kamya and Shalabh’s second marriage and the couple has a girl and a boy, respectively, their previous marriages.