BTS is keeping their promise. After wonderful two-day concerts on April 18 and April 19 featuring their previous shows during Bang Bang Con, two members RM and J-Hope did a live session on Thursday to interact with fans. South Korean group not only started #BTS_Of_The_Day hashtag to give a glimpse of their daily lives, but RM had also revealed that they would do more live sessions during this quarantine period. 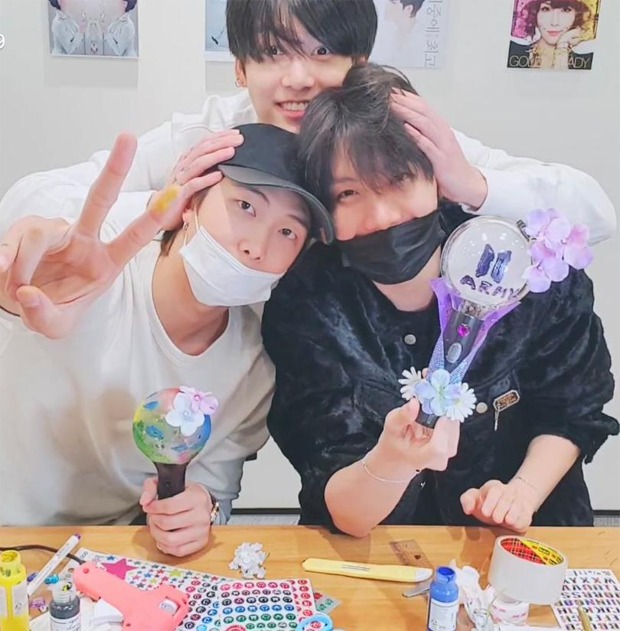 During the Thursday session, they were seen doing some arts and crafts. Both of them decorated BTS lightstick (Army Bomb) in their own way. They also had a surprise guest. It had been a long time since BTS’ youngest member Jungkook did a live session with fans. So, it came as a sweet surprise to the BTS Army when he appeared during the live session of RM and J-Hope. The last time he did live session was ten months ago, so clearly every missed chatting with him.

BTS leader RM recently announced they are already working on their next album. Meanwhile, their Japanese album is set to release soon. Their fourth LP ‘Map Of The Soul: 7’, that released in February this year, went onto become No. 1 in 21 countries.

ALSO READ: Evolution of BTS through the lens of Bang Bang Con