Milap Zaveri was almost written off after the big debacle of his 2016 sex comedy, Mastizaade. But the way he bounced back with Satyameva Jayate is one of the biggest success stories of recent times. He switched gears and came up with a massy vigilante actioner, starring John Abraham and Manoj Bajpayee. Its exciting trailer and the pulsating track ‘Dilbar’ featuring the sizzling Nora Fatehi increased the buzz to a great level. It clashed with a biggie, the Akshay Kumar-starrer Gold. And yet, it surprised one and all as it embarked on an opening of Rs. 19.50 crore! Its final lifetime figures were a huge Rs. 80.50 crore and it proved that Milap is here to stay! 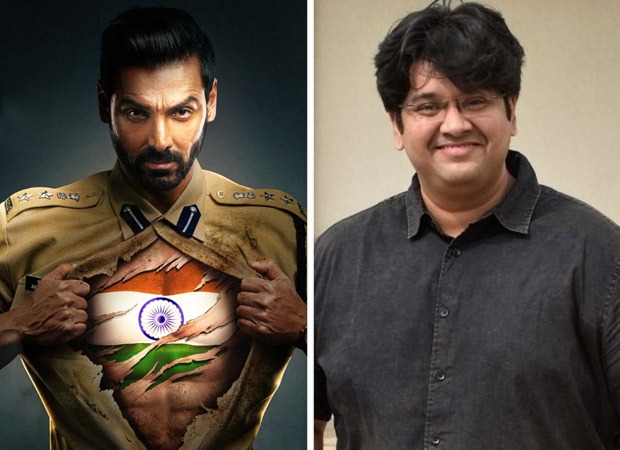 The following year, in 2019, Milap Zaveri came up with Marjaavaan, which also performed decently and gave its lead actor Sidharth Malhotra a much-needed success. And now, Milap is all set to direct Satyameva Jayate 2. It also marks a comeback of sorts for Divya Khosla Kumar as an actor. It is scheduled to release this year on October 2 and trade expects it to be another money spinner from Milap.

Recently, there were reports that grabbed eyeballs among the trade and industry. It stated that John Abraham has a triple role in the movie! It also led to speculation if one of the avatars of John would be the antagonist. In an interview to a tabloid in February, John Abraham was asked to comment on this speculation. To which he said that how he wishes this was true but it’s not as of now and that the characters are still being developed. He kept the ambiguity on by claiming that the triple role bit is still up for discussion.

When contacted, Milap Zaveri set the record straight. “That’s not true,” he told this writer.

Satyameva Jayate 2 was to soon go on floors. But the shoots have been stalled since March 19 and the lockdown due to the Coronavirus outbreak has further added to the postponement of shoot. Milap says, “I was going to anyway start shooting in April-end. Right now, the lockdown is going on and we are waiting that we soon get done with it. We are ready with our pre-production. Once the situation normalizes, we’ll take the film on floors.”

However, the lockdown has had its effects on the film’s plans. A source close to the project says, “The producers had planned a print campaign of the film. They had shot two posters of the film, featuring John Abraham in both. Both these looks were to be unveiled in April. But due to the prevailing situation, the plan has been postponed.”

A trade source, meanwhile, reacts on the triple role rumours, “If Milap Zaveri has denied reports of John Abraham’s triple role, then there should be no further discussion. I am sure Milap must have thought of some exciting stuff for the sequel. He knows the pulse of the audience and Satyameva Jayate 2 will surely be a film to watch out for.” He signs off in a lighter vein, “Hopefully, Milap can use the triple idea in the third part of Satyameva Jayate!”