Back in May 2020, Bollywood Hungama reported that Dharma Productions’ Gunjan Saxena – The Kargil Girl starring Janhvi Kapoor will have straight to OTT premiere. The report stated that the makers were in talks with Netflix to release the film. On Tuesday, Karan Johar confirmed that the film is in fact premiering on the streaming giant. 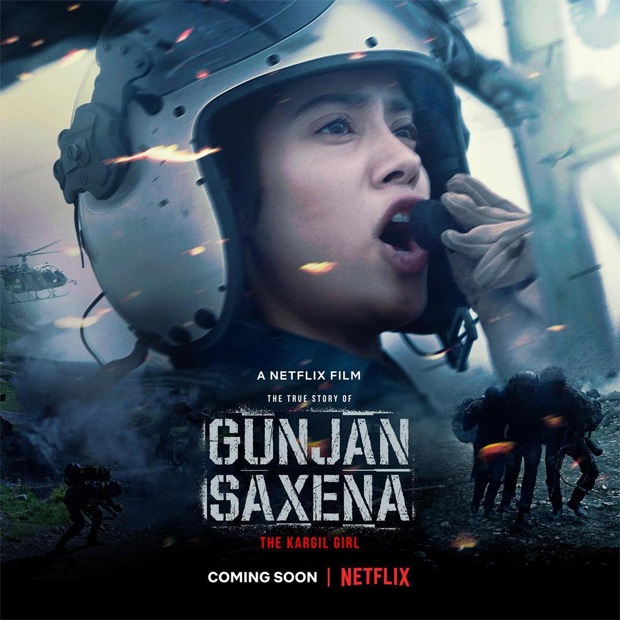 “An inspirational true story of a young girl and her dream. Gunjan Saxena – #TheKargilGirl, coming soon on Netflix. #GunjanSaxenaOnNetflix,” Karan Johar wrote on Twitter. The video was attached to the tweet that had memories of the Gunjan Saxena as Janhvi narrates the story.

Gunjan Saxena, Flight lieutenant, was the first Indian Air Force woman officer who went to the war. During the Kargil war in 1999, she flew a Cheetah aircraft into the combat zone and rescued several soldiers.