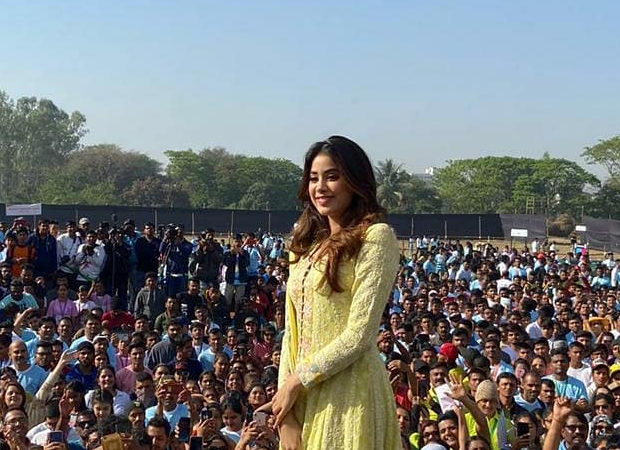 A safety awareness even was hosted by the Nashik Police today and Janhvi Kapoor attended it looking like a dream in a lime yellow coloured ethnic outfit. While she interacted with the audience, she also shook a leg on ‘Zingaat’ from her debut film, Dhadak.

Take a look at the picture and video.

Janhvi Kapoor is currently gearing up for the release of Gunjan Saxena – The Kargil Girl, as she is also going to star in Dostana 2, Takht, Roohi Afzana, Mr. Lele, and Bombay Girl.