Quarantine challenges are the new thing on the internet and celebrities are participating to bring a little bit of joy to their fans amid Coronavirus pandemic. A day ago, Tom Holland attempted a handstand challenge and tried to put on a shirt whilst doing so. He succeeded in it. He nominated Spiderman: Far From Home co-star Jake Gyllenhaal and Ryan Reynolds to participate. 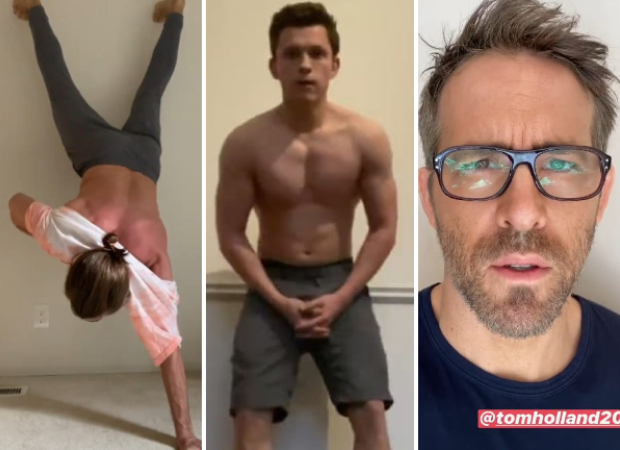 Meanwhile, Ryan Reynolds had a hilarious response. Instead of attempting the challenge, he posted a video on his Instagram story. The actor was left speechless and confused when he ended the video with a “NO”.

Meanwhile, the celebrities are donating to several charities in the wake of COVID-19 pandemic and urging everyone to stay indoors.