Bollywood actress Jacqueline Fernandez has been part of several hit tracks including ‘Jumme Ki Raat’, ‘Chittiyan Kalaiyaan’ and ‘Ek Do Teen’ among others. The actress, who was last seen in Netflix film Drive, has joined hands with T-Series and Bhushan Kumar for yet another song which will feature Bigg Boss 13 runner up Asim Riaz. 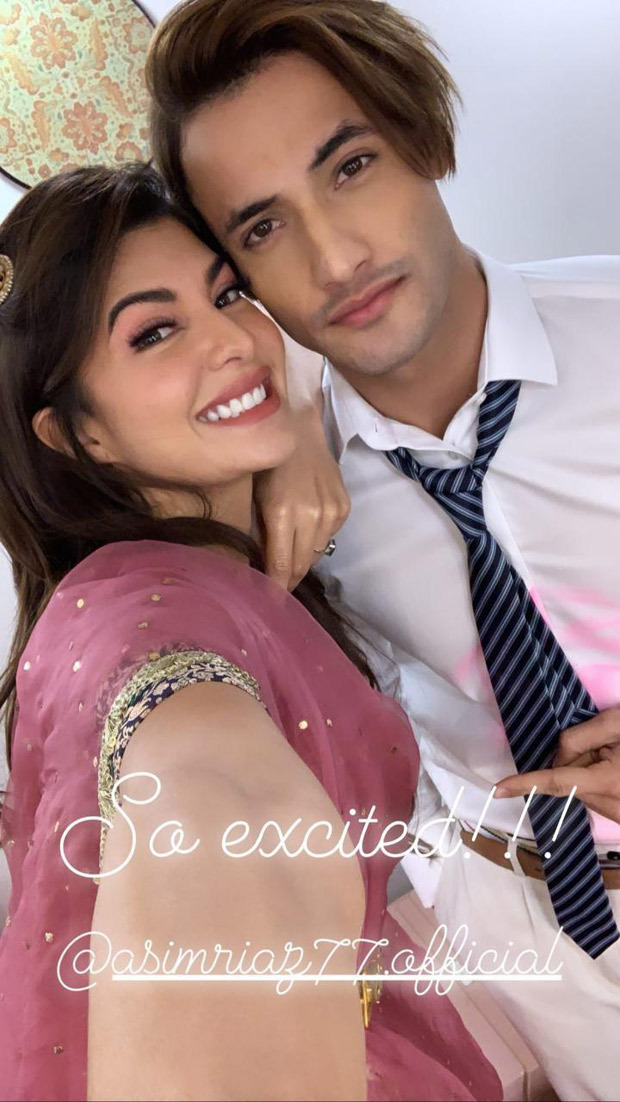 Jacqueline shared a selfie with Asim from the sets of their shoot and captioned  it, “So excited!” She was dressed in pink lehenga whereas Asim was in all-white outfit. The folk song is called ‘Mere Angne Mein’ which will be out next week!

[email protected] and @asimriaz77.official shoot a music video for @tseries.official that will out next week ???????? | @realbollywoodhungama

The new music video, a popular traditional folk song with a contemporary twist, is written and composed by Tanishk Bagchi. While Tanishk is known to add his unique touch to all his peppy tracks, this one also has the number one singer at this moment, Neha Kakkar, crooning for Jacqueline. The music video has been directed by Vinay Sapru and Radhika Rao. Shabina Khan is choreographing the moves for the track and the team wrapped up the shoot on Monday!

Apart from this, Asim Riaz will also be seen in another music video with Bohemia and it might feature his girlfriend and Bigg Boss 13 contestant Himashi Khurana.