I had never seen Sushant Singh Rajput on television and didn’t have an iota of idea about his popularity. But I got a first-hand experience on February 22, 2013 when he came to our office. This was the day when his debut Hindi film Kai Po Che released and he along with Amit Sadh and director Abhishek Kapoor had visited us as part of promotions. The manner in which I saw a lot of our employees go crazy on seeing him made me realize that he’s quite a star. The same evening, I saw Kai Po Che in cinemas and I realized the secret behind his fandom. He was effortless and very endearing and his screen presence was electrifying. His next flick Shuddh Desi Romance proved Kai Po Che was no fluke. Even in PK, essentially an Aamir Khan starrer with him in a 20 minute role, he stood out. I still remember I was so relieved in the climax when it came to light that Sarfaraz ne dhokha nahi diya! 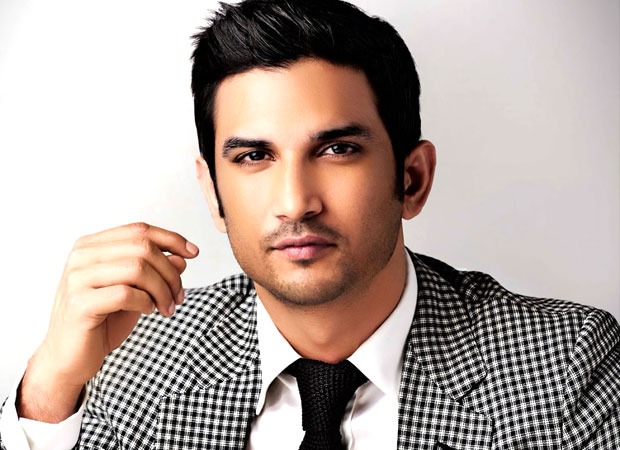 Most of his performances and films have been enjoyable. But at the same time, reading and watching his interviews was also a real treat. He seemed like a much sorted person and the kind of quotes he gave, no other celeb came even close. In a Mid-Day interview of September 2013, he mentioned, “I have maintained a diary since my college days. I used to write down everything that I wanted to do in the next six-seven years. And believe me, everything has happened exactly the way I wrote it. People talk about talent and hard-work and thinking big and a lot of other things which are important, but the most important thing which can see you through is belief.” Close to 7 years later, it’s sad that this very person lost the belief in himself.

He also revealed that he doesn’t get sleep for more than a few hours at stretch. Friends seemed concerned which made him visit a doctor who clarified that there’s nothing wrong with his sytem. “My doctor said that I was just extremely hyper, that I have absolutely no health issues and that it was just over excitement about things in general,” he said in a 2015 interview with a laugh. This was also a time when he took care of himself and even opened up that he used to get full body check-ups along with all blood tests done, “to be doubly sure”. All signs of a man wanting to live a long life. What went wrong after that is something only he could have answered.

Last year, he happened to share his long bucket list and again, it was something that couldn’t have been remotely close to any other wish-list ever. And it was a mix of desires that were personal and also were related to welfare of the society, from training at NASA to clicking a picture with Robert Downey Jr in Iron Man suit, dance with Madhuri Dixit, spend 3 days with an ancient tribute etc to also at the same time fulfilling wishes of 100 mothers, sending 100 kids to NASA’s workshop, building the biggest library in India!

While speaking about his lack-of-sleep condition, he also happened to give a quote to DNA which said, “When we were in college, my best friend and I once sat down and calculated that if on an average a 30-year-old slept for eight hours a day, he would spend 10 years of his life sleeping. Which means he would actually have lived only 20 years. I want to make the most of all my time.” It’s unfortunate that his time was up at a time when he arguably had just started and with his talent and dedication, he could have gone places.

He incidentally also talked about death in a 2014 interview. He said, “I may fail with some of my unconventional choices. But I’d rather die with spectacular failures than mediocre successes.” As he passed away, one can clearly see that his professional success was a feat and his unconventional choices definitely paid off, through critical acclaim if not commercial. And it’s his glorious filmography of 7 years (and TV before that) which shall always be remembered. Dear Sushant, you went away too soon but thank you for your films and for being so unique.

The actor with the best wishlist I’ve ever seen, killed himself?