Contrary to some sentimentalized versions of his final days, the super-prolific filmmaker Basu Chatterjee did not suffer from any major illness in his old age. “Bapi—that’s what I called him– lived a full and complete life. He got old, like everyone else does. In his final years he became very quiet, and that made us—my mother and my elder sister—very sad. He just wouldn’t communicate with us. But his memory would fail not because of any disease but because of old age, that’s all. Otherwise he would still recall every detail of his past when someone from one of his films visited him,” says Basuda’s younger daughter Rupali. 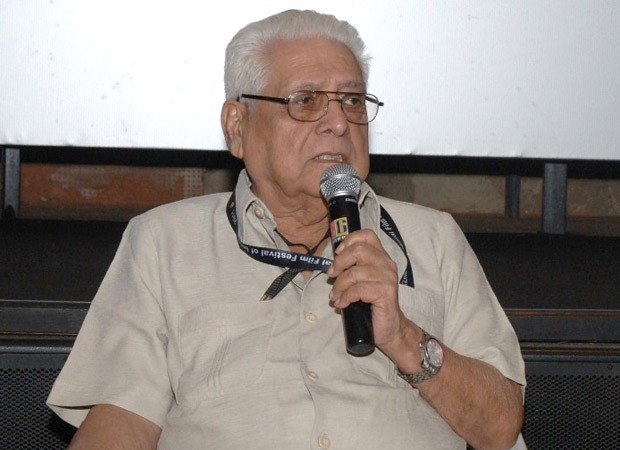 A filmmaker herself, Rupali directed a sweet gentle film about children entitled Amras. Basuda had his wife for company in his final years. “And now she’s left alone. It’s up to me and my sister Sonali to look after our mother now more than before,” says Rupali.

What was Rupali’s takeaway from her father’s vast and dazzling repertoire of films? “To keep it simple. Always simple straight and accessible. Bapi’s characters looked and spoke like people we know. After his death I am overwhelmed by the number people who have reached out to me. Young people who have seen Kamla Ki Maut and Ek Ruka Hua Faisla. His cinema is relevant even today.”

According to Rupali, the secret of Basuda’s widespread success was his proximity to real people their emotions and conversations. “Bapi was from Mathura and therefore s fluent in Hindi and Braj Basha. We were more North Indian in our food habits than Bengali. We didn’t eat fish and rice every day. Whenever my father had a visitor from Mathura he was so happy and full of beans.”

Basuda, though not much of a talker was a people’s person. “He loved sitting down with common people. One day I came home and saw him sharing a drink and animated conversation with our grocer. I was aghast. Our house help used to have meals with us on the dining table.”

Among all of Basu Chatterjee’s memorable films Rupali choses Swami and Khatta Meetha as her favourite. “All his films conveyed the most natural colours of life. And he had such a keen eye for the perfect casting. Who would have thought of Girish Karnad in Swami? Or for that matter, Priya Tendulkar in the TV series Rajni. My father saw that every woman quality in her. All his actors loved him. I remember I had gone to Annu Kapoor for a film. Initially I didn’t introduce myself as my father’s daughter. But then I saw that there was only one poster in Annu’s office and that was of the film he did with my father Ek Ruka Hua Faisla. That’s when I told him who my father was.”

Rupali says Basuda was a loving father. “Bapi exposed me to world cinema at a very young age. I started attended film festivals at 18 and then he would come back home worried and tell my mother that I had watched a lot of adult content. The only time he got upset was when we would leave the ceiling fan on in the room when there was no one there. He hated wastage of any kind. That’s why his producers loved him. He made sure not a single penny was wasted while shooting.”