Hollywood has seen one of the finest villains of all time in the Harry Potter franchise with Lord Voldemort. Played by Ralph Fiennes and Christian Coulson, the character has become of the most fan favourites. As the franchise ended, the characters live on. But, interestingly, someone found parallels between Lord Voldemort with Indian TV show Shaktimaan’s villain Tamraj Kilvish, played by Surendra Pal, which is hilarious. 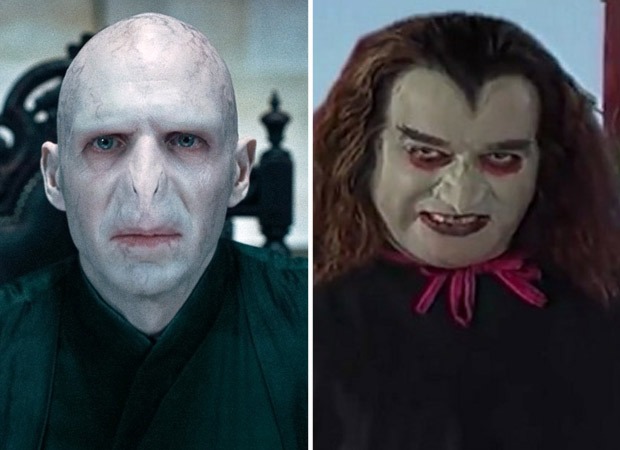 A Twitter user who goes by the name Sagarcasm shared a thread of frame by frame pictures from both Harry Potter movies and Shaktimaan as he found uncanny resemblances between them. From the backstory of Voldemort to their powers, everything falls into place which is hilarious, to be honest.

Voldemort was known as the Dark Lord, while ‘Tam’Raj literally translates to Lord of the Dark pic.twitter.com/DF3qOhtqcN

Both were destined to be killed by a flying man with magical powers pic.twitter.com/cpKYpLNl7J

Voldemort and Kilvish previously had different names -Tom Riddle and Vajrabahu- both were brilliant as students pic.twitter.com/IF0Vnr14AD

Both the characters were first revealed to the world in 1997 pic.twitter.com/M9uh9o7cTs

Meanwhile, coming back to Shaktimaan, the Mukesh Khanna starrer has returned to Television. It is being re-aired amid coronavirus lockdown.