Taapsee Pannu, who has multiple interesting projects in the pipeline, is currently shooting for the film Haseen Dillruba in Haridwar. However, the stress is also simultaneously training for the film Rashmi Rocket in which she plays an athlete from Kutch. 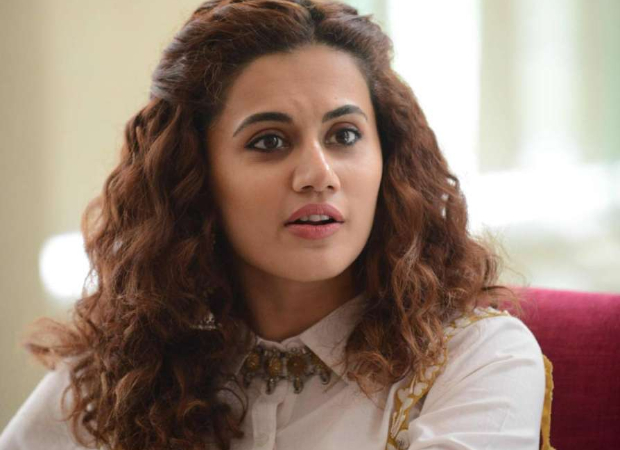 Over the past month, Taapsee has been working out at the gymnasium of the local college, Gurukul Kangri Vishwavidyalaya to build a lean frame for her character in Rashmi Rocket. Now, as per reports, the college faculty has decided to rename the gym to Taapsee Pannu Health and Fitness Gymnasium.

Reportedly, Taapsee has been spending most of her time at the gym as she juggles between shoot and prep for her next. On Thursday, the actress was invited for a meeting with the college officials where they shared the news with her. Taapsee, who was surprised by the honour, hopes that this step inspires local girls to take a keen interest in physical fitness.

Meanwhile, on the work front, Taapsee Pannu will next be seen in Anubhav Sinha’s film Thappad. The trailer of the film has been well received by the audience. The film traces the story of a woman who seeks divorce after her husband slaps her at a party.

The film is slated to be released on February 28.

Also Read: Taapsee Pannu says her film Thappad is not an answer to Kabir Singh