Nandita Das:
“Since I joined the campaign ‘Dark is Beautiful’ in 2013, it has triggered many conversations around the issue of colour bias. I meet many people, especially young women, who feel validated as it gives them the strength to combat rampant discrimination based on skin colour. Having said that, I am not really in favor of bans. They often don’t work and give us the illusion of action.Instead we need to continue the fundamental fight against color bias in people’s mind. We need to work toward getting rid of prejudice. Till we don’t change the mindset, bans will only create hidden alternate markets for it. Also, there are thousands of international brands that will still be available in stores outside India and also online. So this ban in any case will serve no purpose.Instead we need to create greater awareness, so we become more and more comfortable in our own skin. We need to make people more sensitive and respect diversity without curbing freedom through bans.” 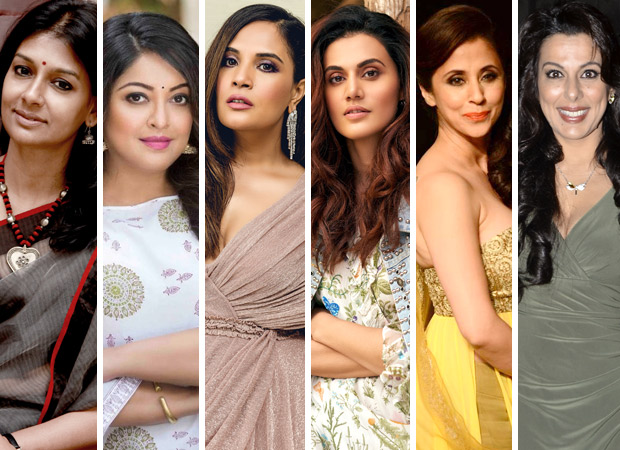 Tanushree Dutta:
“Excellent move on part of the Government for banning fairness cream ads!! I welcome it and I applaud it!! I have always been against those ads discriminating against dark skinned people and reinforcing the colour complex most young Indians have about their skin colour especially Indian girls.I have seen someone in my family suffer due to this during her marriage. She was a beautiful, sensitive and a good soul .But this colour complex drove her to depression during her marriage negotiations. Hence l, after I became a celebrity, when I was offered a fairness cream advertisement after winning the Miss India Universe Pageant in 2004, I had blatantly refused. Even later during my early Bollywood days as a popular Bollywood star I have turned down several such offers and I never understood why Bollywood celebrities accept money to endorse such a horrible culture anomaly.Even at such a young age and as a newcomer to Bollywood I had that civic and social sense to use my celebrity status for good causes and not just to earn some bucks. At least now this celebrity endorsement of fairness products will stop with the new Government rule. We are the millennial generation next who are reaching for the stars in space one day, so it’s time to transcend these petty complexes and enlighten our minds and souls instead.”

Richa Chadha:
“I think banning fairness creams is a welcome change. We are a racist people.We only have to look at a matrimonial ad to figure that out. For so long fairness has been equated with beauty. This is a good move because at least it prevents the packaging and selling of something that gives Indians a depleted sense of confidence.”

Taapsee Pannu:
“Doesn’t affect me much. I was anyway not in favour of endorsing any fairness product. I am no one to tell anyone what they should do what they shouldn’t.

Pooja Bedi:
“The illusion that fairness is superior and that a life partner, job, friends or self-worth depends on it, is definitely a mentality that needs reversing. Advertisements unfortunately pander to that. I personally love my tan and basking on sunshine-kissed beaches. I’ve never used such products nor advocated them.”