The Filmfare Awards that was held in Guwahati, Assam last night saw an array of stars in attendance. From Ranveer Singh to Alia Bhatt to Akshay Kumar several A-list stars performed and celebrated the night dedicated to honouring cinema. 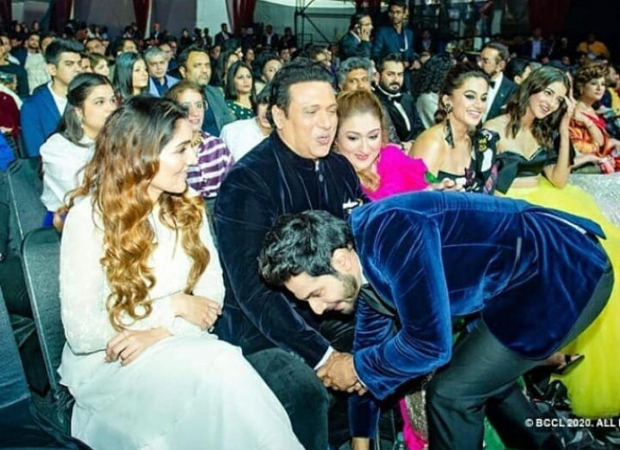 Varun Dhawan, who was also present at the ceremony was caught on camera sharing a heartwarming moment with actor Govinda. The two shared some laughter at the event while Varun even touched his feet.

At the awards ceremony, Varun Dhawan put up an energetic performance on songs from his latest film Street Dancer 3D. Meanwhile, Govinda was felicitated with Excellence in Cinema award at the event.

@varundvn sets the stage ablaze with this performance! #Filmfare Tonight at 9 PM!

Varun Dhawan is currently shooting for father David Dhawan’s film Coolie No 1, which is a remake of the 1995 film of the same name starring Govinda. Varun Dhawan will be seen opposite Sara Ali Khan in the film.  The actor was last seen in the film Street Dancer 3D opposite Shraddha Kapoor.