Netflix has dropped the first official trailer of upcoming action-thriller movie Extraction. The film has Thor star Chris Hemsworth donning the hat of a reckless mercenary who is out on the mission to rescue a kidnapped boy in Asia. The movie has been produced by Russo brothers, directors of Avengers: Infinity War and Endgame. Extraction also marks the Hollywood debut of actor Randeep Hooda, and till now, details of his role have been kept under wraps, creating a lot of intrigue. 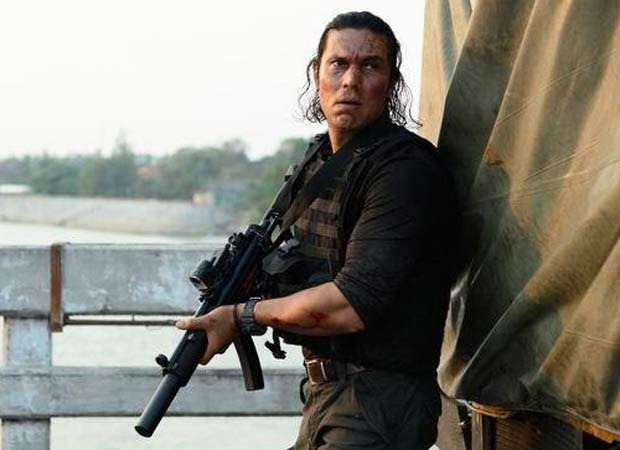 Earlier in a statement, Randeep had shared details about his role and said, “I get to do a lot of action in the movie. I might be the first Indian male actor to do such an action-packed role in a Hollywood film. It was a great experience working with Hemsworth, Russo brothers and the director, Sam Hargrave.”

Recently, the production house AGBO films took to their Instagram stories and along with Randeep’s statement, wrote, ‘We’re excited for a lot of new audience to be introduced to @randeephooda and his fantastic work in #Extraction’ 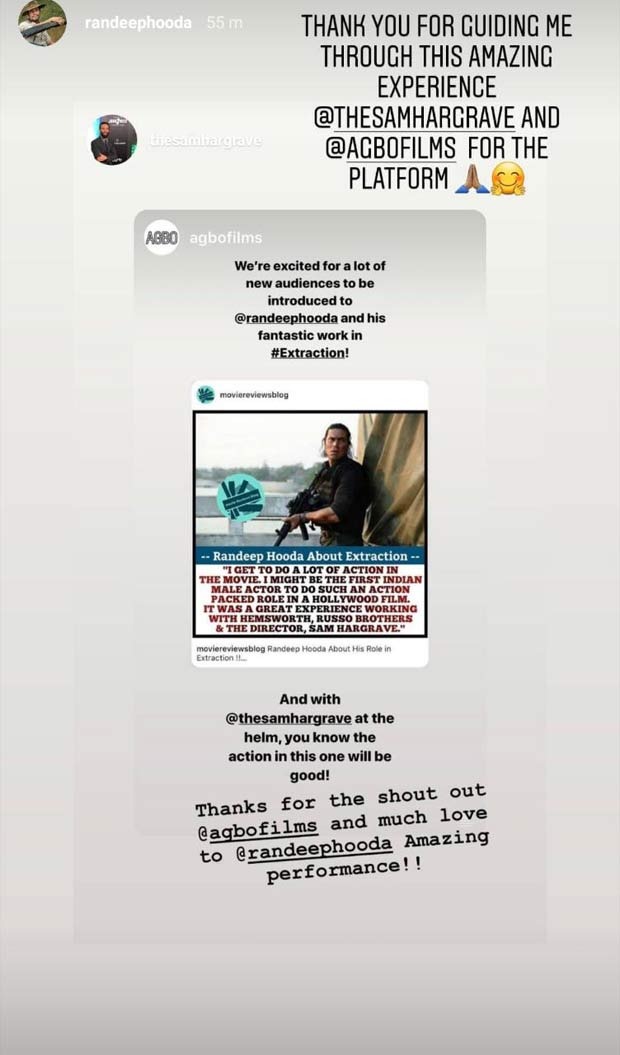 Director Sam Hargrave also added, “Thanks for the shout-out @agbofilms and much love to @randeephooda Amazing Performance!!”

Randeep then took to Instagram and thanked AGBO films and Sam Hargrave saying, ‘Thank you for guiding me through this amazing experience @thesamhargrave and @agbofilms for the platform.’

Extraction is set to release on Netflix on April 24.