Earlier this month, K-pop group EXO’s leader Suho has announced his military enlistment date, May 14, 2020. The day has come as he got enlisted and received support from his members and the fans. 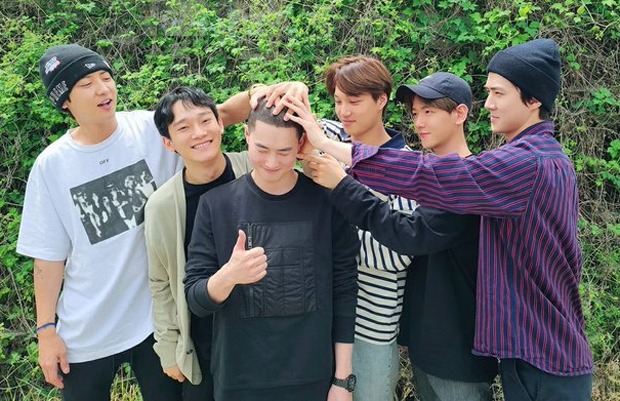 The official photo was released on Thursday where members Chanyeol, Kai, Baekhyun, Sehun, and Chen came to support Suho as he left to fulfill his duties. Fans have been trending #LetsMeetAgain_Suho on Twitter as sent positivity and love his way. He will undergo four weeks of basic training before he starts working public service officer.

Suho is the third member of the group to enlist after Xiumin and D.O!

Suho released his first mini-album ‘Self-Portrait’ with the title track ‘Let’s Love’. The music video was unveiled on March 30. Exo had their comeback last year with ‘Obsession’ as the title track as it was their sixth album.

ALSO READ: EXO’s Baekhyun features in ‘Delight’ mood sampler and we would like to say HAVE MERCY!